Home » News » Solar Power Tariffs expected to drop to as low as INR 3.50 a unit in 3 years

Solar Power Tariffs expected to drop to as low as INR 3.50 a unit in 3 years

Solar power tariffs in India, which fell below Rs. 5 per unit since last November, are once again expected to sink further as the industry doubles volumes every year and the cost of producing power continues to drop.

A report published in the Mint mentions that that tariffs will fall to as low as 3.5 per unit in 3 years owing to better use of technology, increased competition, higher volumes and a favorable regulatory environment. 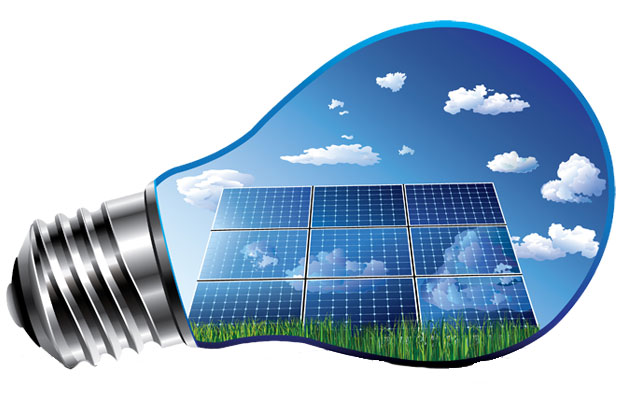 Vikram Kailas, Managing Director at Renewable Energy Producer Mytrah Energy Ltd. said, “There is no question about whether they (tariffs) will go down or not. Typically we are seeing a 3-4% increase in efficiency and about 3-4% reduction in costs. So we expect that solar tariffs will continue to go down by 5-8% year-on-year.”

The prices of solar module have already fallen sharply, down by 10 percent in the first half of 2016, leading to higher margins and reviving projects that were termed unviable earlier.

Vinay Rustagi, Managing Director Bridge to India, a consulting firm said, “The cost of production continues to come down. The challenge of course is by how much and whether it becomes unsustainable in specific points in time.” Bridge to India sees Solar power tariffs falling by at least 5% annually and calls a sub-4 per unit tariff a realistic number.

Further Rustagi added, “Other subsectors within power generation do not expect decline in prices. So from grid-parity or competitive aspect, solar is the most attractive source of energy for long-term.”

A fall in solar power tariffs would be a shot in the arm for the government itself, which has pushed renewable energy to the top of its energy security agenda and has been looking to offer green power at less than 4.50 a unit. India has targeted 100GW of solar by 2022. It currently has about 8GW of solar capacity.

Large factories and lower cost of production will ultimately lead to a decline in tariffs over the next few years, said Pashupathy Gopalan, president, Asia Pacific, SunEdison Inc., which has over 1GW of operational and under-construction solar projects in the country.

Indeed, solar power tariffs hit a record-low in last November when SunEdison bid 4.63 per unit in a reverse online auction and fell to 4.34 in Finland-based Fortum’s bid at a January e-auction. To be sure, many have called the falling tariffs “suicidal” and “unviable”, citing instances of companies unable to find financial closure for their projects.

Power producers have been able to bid aggressively at government-provided solar parks, all thanks to ready-to-use infrastructure such as land and transmission facilities. Global firms like SunEdison, Fortum and SoftBank have also used aggressive bidding as a means to get a foot in the door of this nascent sector.

Between 2010 and 2015, solar capacity addition had doubled annually. It is expected to grow even faster to touch 12GW by the end of 2016. And when the target is met, India will become the fourth largest solar market, overtaking the Germany, UK and France.

While lower tariffs will be a positive for Indian consumers and the environment, there are concerns that investors will not be getting the returns they want. “This is, end of the day, a commodity industry,” SunEdison’s Gopalan said. Returns in the sector range from 12% to 16% depending on tariffs and other factors.

In India, which holds reverse auctions for tendering solar projects, the role of the buyers and sellers is reversed, and a business bid is won by quoting prices downwards.

“In any other country, bidding is a double-edged sword, so they have a condition that one cannot bid below a certain price or IRR (internal rate of return). But India does not have any such condition. We believe that people will continue to be aggressive,” Mytrah’s Kailas said.

Anubhav Gupta, an analyst at Maybank Kim Eng Securities India said, “Tariffs will go down only if there will be a decrease in the overall cost of setting up solar projects from 5.5 crore per MW to 3-4 crore and plant load factors increase from the current 15-20 percent. “