Mahametro plans to meet 65 percent of its energy needs through solar power and the total installed capacity required is 14 MW. 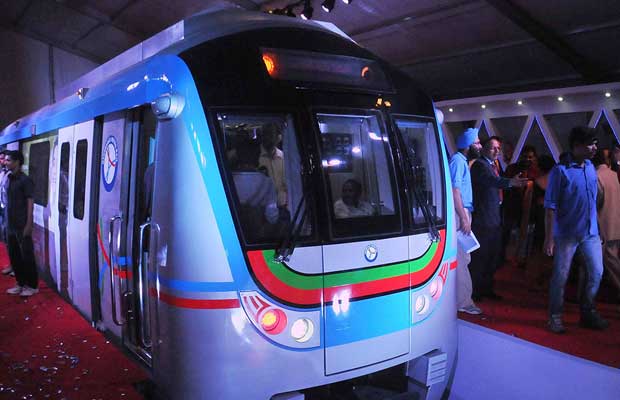 In a significant development, Nagpur Metro has planned to go in for captive solar power generation and will get it at Rs 4.50 a unit. It will use costly conventional power in evening.

Brijesh Dixit, Managing Director of Mahametro said that the previous state power generation company Mahagenco was to generate solar power for Nagpur Metro. “It was costing us Rs7.50 per unit and hence we decided to go for self-generation in open access captive mode,” he added.

As per reports, Mahametro would tie up with Solar Energy Corporation of India (SECI), a PSU that promotes renewable energy in the country. “We will go only for SECI registered companies. The current rate offered by SECI is Rs4.50 a unit. We have made it clear that we want power at less than this rate,” Dixit added.

Mahametro plans to meet 65 percent of its energy needs through solar power and the total installed capacity required is 14 MW. Mahametro had earlier decided to float a tender for entire 14 MW. Now, it has decided that solar panels will be installed in stages. “The first tender will be only for three stations in the at grade section — Khapri, New Airport and Airport South — which will be used by public from January 2018,” the Managing Director said. According to Dixit the rate of solar power is shrinking with each passing day and they have decided to take advantage of this trend. He said that they would increase solar capacity when required.

The benefit of open access captive mode is that permission is not required from Maharashtra Electricity Regulatory Commission (MERC). “Earlier, we wanted to generate power under solar roof top policy. The problem is that there is a cap of 1MW under this policy. We had filed a petition in MERC to remove the cap for us as a special case but were not successful,” Dixit said.

Mahametro aims to install solar panels atop its stations and along the boundary wall of the at grade section. Notably, Nagpur Metro is India’s first metro to go for solar power right from inception. Solar panels were also introduced in other Metros much after commence of commercial operation. Mahametro’s green initiative has been acclaimed by foreign lending agencies.