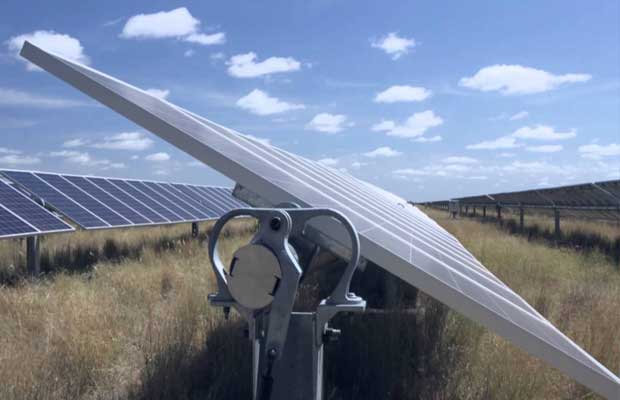 NEXTracker has shipped over 200 MW of its Advanced Single Axis Trackers to the solar power project site in Western Hemisphere.

NEXTracker has announced that it has started supplying its advanced single axis trackers to the largest solar power plant in the Western Hemisphere. This grid-connected project of over 750 MW will deliver energy to the Northern Mexico region under a long-term contract. Scheduled to enter commercial operation by mid-2018, NEXTracker has shipped over 200 MW to the solar power project site to date.

“Mexico, along with India, Australia and the Middle East is part of a new wave of renewable energy markets poised for significant growth over the next few years,” said NEXTracker CEO Dan Shugar. “Much of that growth will be supported by single axis trackers. NEXTracker’s proven experience, and advanced software and tracker technology, help solar power plants operate more effectively with greater energy gains. With our local manufacturing program, local engineering design expertise and an office in Mexico City, this project has our full support.”

“It is with a sense of pride that we are witnessing in Mexico the installation of the largest solar power plant in the Western Hemisphere,” states Israel Hurtado, General Secretary of ASOLMEX. “The unprecedented scale of this plant, combined with local manufacturing, solar job development and industry leading technology such as NEXTracker’s single axis trackers, represents a huge boost to help us reach a 35 percent renewable energy target by 2024.”

The plant is designed to generate about 1,700 gigawatt hours (GWh) of energy per year, offsetting annual emissions of more than 780,000 tons of CO2. The plant will cover a land area equivalent to that of lower Manhattan amounting to over eight square miles and will generate enough output to power approximately 1.3 million Mexican households.

Mexico’s solar market is expected to grow rapidly over the next few years. The country’s energy ministry has recently awarded more than 4 GW of solar projects to independent power producers via the second renewable energy auction following the nation’s energy reform in 2014. Most of the utility-scale projects slated for 2017-2018 in Mexico favor solar tracking due to high insolation and ideal land conditions. As part of the ‘sun belt,’ Mexico receives high annual solar irradiation across 85 percent of the country’s land area.