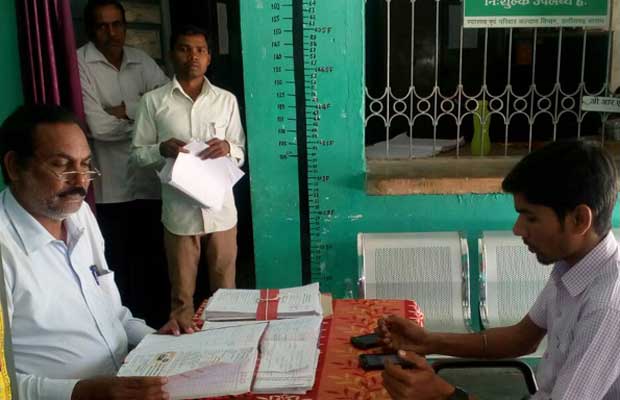 Solar powered primary healthcare centres (PHCs) in Chhattisgarh admitted over 50% more patients and conducted almost twice the number of child deliveries in a month compared to power-deficit PHCs without a solar system, according to study released by the Council on Energy, Environment and Water (CEEW). The study funded by Oxfam India, evaluates the role of electricity access on health outcomes in rural Chhattisgarh. The study finds that solar powered PHCs could significantly improve in-patient services, out-patient services, emergency care, delivery services, and laboratory services in rural India. The study also establishes a strong correlation between sustainable development goals, focusing on good health and well-being (Goal 3), and focusing on affordable and clean energy (Goal 7).

The CEEW study is based on an evaluation of 147 PHCs, including 83 having solar photovoltaic (PV) systems, across 15 districts in Chhattisgarh. Despite being a power surplus state, one-third of the PHCs in Chhattisgarh are either un-electrified or without regular power supply. About 90% of PHCs reported power cuts during peak operating hours. One-third of the PHCs experienced power cuts in the evening. More than 21% of the PHCs reported damage of medical equipment due to voltage fluctuations.

Dr Arunabha Ghosh, CEO, CEEW, said, “Scaling solar systems across PHCs is in India’s interest as it meets the targets of the National Solar Mission as well as the National Health Mission. In Chhattisgarh, CEEW found that solar provided a reliable power backup to PHCs, especially during peak load hours and after sundown. While installing solar systems, priority should be given to power-deficit PHCs, especially those that have been designated to provide 24×7 services. Solar systems for PHCs must also be tailored to local needs and considerations. Taking a cue from CREDA, other states must also focus on creating robust operations and maintenance services for solar powered PHCs.”

In Chhattisgarh, 90% of the solar powered PHCs reported cost savings from using solar PV systems over diesel generators. Diesel power costs INR 24-26 per kWh while solar plus battery costs around INR 12-14 per kWh.

The ability of solar powered PHCs to operate cold chain, storing vaccines and drugs, and newborn care equipment also improved significantly in Chhattisgarh. Almost one-fourth of power-deficit PHCs currently rely exclusively on solar as a backup to run cold chain equipment. Ensuring continuous electricity supply to cold chains at PHCs is critical, especially in rural Chhattisgarh, where the infant mortality rate (43) is higher than the average for rural India (41).

Providing solar (5 kW systems) to all PHCs across India could contribute to about 160 MW of the rooftop target. If solar were to be extended to cover Sub-Centres (1 kW systems) and Community Health Centres (8 kW systems), the total potential would be about 415 MW.

According to the Rural Health Statistics 2016, India has about 25,000 PHCs. Of the functional PHCs in India, 4.6% are unelectrified, affecting over 38 million rural households depending on these healthcare facilities. Further, the District Level Household and Facility Survey – 4 (DLHS-4) data indicate that one out of every two PHCs in the country suffers from unreliable power supply or has no electricity access at all. Unreliable and poor-quality electricity supply limits diagnostic and treatment services, reduces hours of operation to daytime, and forces patients to travel a longer distance in search of better healthcare.