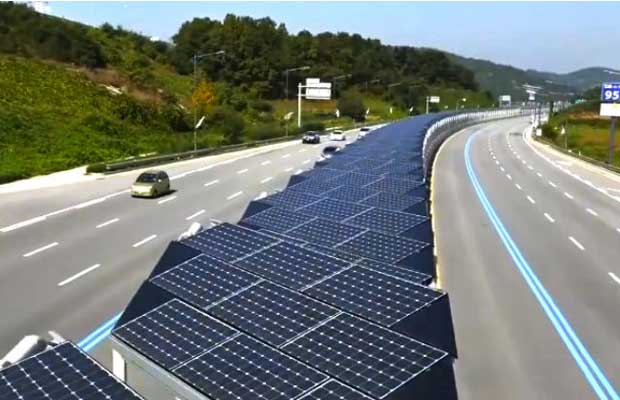 South Korea plans to increase its solar power capacity by five times current amounts by 2030 to boost use of renewable sources in the nation’s energy mix, reuters news agency reported.

Since President Moon Jae-in came to power in May on a platform of cutting South Korea’s reliance on nuclear power, his government has torn up plans to build six more reactors in favour of “eco-friendly” energy sources.

South Korea is listed as the world’s fifth-biggest nuclear energy user and currently operates 24 nuclear reactors that generate about a third of its total electricity needs.

Paik Un-gyu, Minister of Trade, Industry and Energy, said, “We will fundamentally change the way renewable energy is developed by creating an environment where the public can easily participate in the renewable energy business.”

South Korea plans to provide a fifth of the country’s total amount of electricity from renewable energy by 2030, up from 7 percent in 2016.

To meet that goal, it plans to add 30.8 gigawatts of solar power generating capacity and 16.5 gigawatts of wind power capacity by 2030.

South Korea has 5.7 gigawatts of generating capacity from solar power and 1.2 gigawatts from wind power as of 2017.

The additional capacity will come from major projects, as well as by converting individual households, farms and small businesses to renewable energy, the ministry said.

South Korea aims to have one out of 30 households equipped with solar power generation by 2022, the ministry said, and to emphasize renewable energy projects with generating capacity of about 5 gigawatts between 2018 to 2022.