The outcome of the project turned out to be a huge success as it proved that combining solar power with agriculture increases efficiency by up to 60 percent. 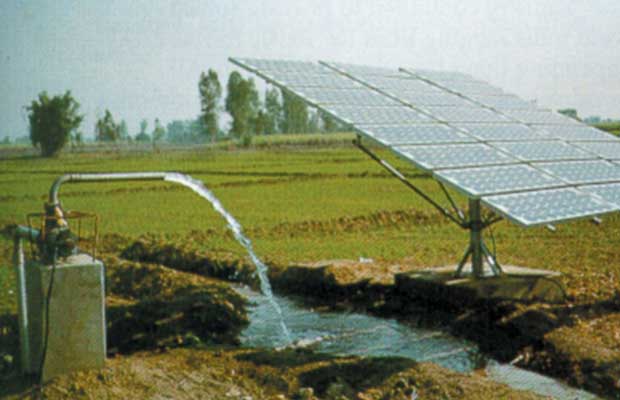 Has solar power really boost agricultural production and efficiency of land use? The question has remained in news for a long time. Finally, Germany actually took the concept seriously with a project called Agrophotovoltaic – Resource Efficient Land Use (APV-Resola). The outcome of the project turned out to be a huge success as it proved that combining solar power with agriculture increases efficiency by up to 60 percent.

The APV-Resola led by the Fraunhofer Institute for Solar Energy Systems ISE, solar modules for electricity production were installed directly above crops covering an area of one third hectare.

According to the press statement, the conflict of using the land to only build an agricultural plot or a solar farm produces quite a bit of inefficiency. So the researchers thought, why not just do both in the same area? Winter wheat, potatoes, celeriac and clover grass were the first crops to be tested.

Stephan Schindele, the project manager of agrophotovoltaics said, “The project was a huge success. Not only did combining both solar harvesting and crop production not interfere with the yield of both resources, the initiative also proved that it’s significantly more efficient.”

“The project results from the first year are a complete success: The agrophotovoltaic system proved suitable for the practice and costs as much as a small solar roof system. The crop production is sufficiently high and can be profitably sold on the market,” Schindele added.

The power generated by the solar panels used 40 percent of the power on the farm to produce the crops, Futurism reports and was even able to power electric vehicles. With the 720 bifacial solar modules installed throughout the farm, the plants also received enough solar radiation to thrive.

To increase their power and agricultural productivity, these types of projects could help countries with limited fertile land. Also, countries with a major amount of fertile regions and lots of Sun, the results could be more substantial.