This is the third mosque in south Mumbai after Minara Masjid at Mohammed Ali Road and Zakaria Masjid in Masjid Bandar to adopt solar power. 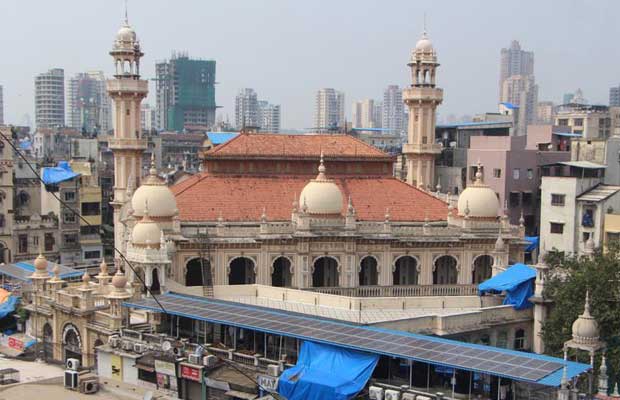 South Mumbai’s 200-year-old Jama Masjid in Kalbadevi is utilizing solar power and it makes 70 percent of its electricity requirements, with an expected saving of 35 tonnes of carbon dioxide (CO2) a year.

As per reports, this is the third mosque in south Mumbai after Minara Masjid at Mohammed Ali Road and Zakaria Masjid in Masjid Bandar to adopt solar energy. Of the three, its setup has the highest capacity to generate solar power, which has reduced its electricity bill from Rs60,000 to Rs20,000 — a saving of 67 percent.

Nazir Ahmed Tungekar, chairman, Jama Masjid said, “A mosque is a cultural centrepiece for a community and we were keen to set an example by going green, showing that we are open to embracing the future. We also wanted to instill a sense of responsibility towards the environment in younger generations.”

A 31 kilowatt power (kWp) rooftop solar setup with 92 panels was installed earlier this year and sanctioned in October. It generates an average of 125 kilowatt-hour (kWh) electricity a day and 45,700 kWh annually. The setup will power electricity at the common areas, lights, fans, lifts and air conditioners. A two- bedroom apartment in Mumbai requires 8-10kWh electricity daily.

The Masjid is expected to recover the installation cost by 2021. “Apart from being cost-effective, our intention was to show devotees that they too, can install such a system at their homes and protect the environment,” said Najeeb Tungekar, manager (naazir) of the mosque.

The renewable energy will not only support the mosque, but also areas in the city where electricity is limited. A net-metering system has been installed, which allows extra power generated by solar to be exported back to the grid. Any deficiency is imported from the grid. At the end of a financial year, the supplier will charge the society only for its ‘net usage’.

“The mosque has shown not only Mumbai, but also the country how to adopt solar energy and go green,” said Muhammad Sohail Shaikh, chief operating officer, Green Power Projects Pvt Ltd that installed the project.