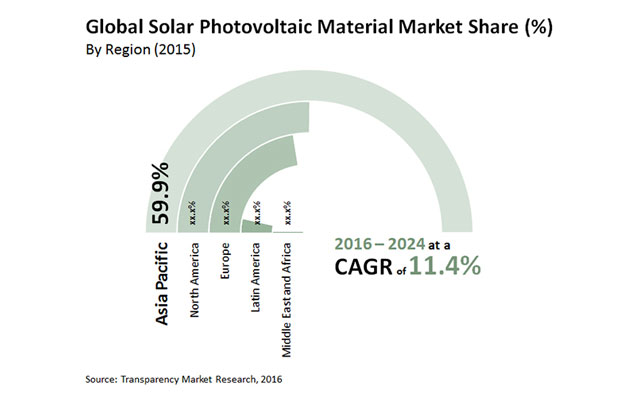 Solar photovoltaic material is widely used in renewable energy industries. Growth in the power industry coupled with various government rules and regulations has been driving the demand for solar photovoltaic material in the last few years. This trend is projected to continue during the forecast period. However, factors such as fluctuating in prices of raw materials such as silicon and using material such as cadmium, tellurium, which is toxic can affect the market growth.