The park developers and park owner will be the sole beneficiary as insured, which the Solar Panel Warranty Insurance aims to cater at large. 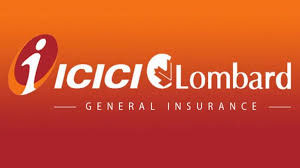 Solar park developers can now be covered by ICICI Lombard General Insurance, the company recently announced. While announcing the company stated
“The standalone insurance product gives comfort to lenders and investors and is a perfect solution to support project finance. The product will be distributed through the company’s branches and affiliated agencies.”

With the government up thrust to the National Solar Mission initiative, the domestic solar power industry has flourished witnessing and immense growth over the past few years. The mission is aimed to promote solar power as  per the National Action Plan on Climate Change leading to a increment in India’s solar power generation capacity to 12,288 MW in March 2017 as compared to 2,650 MW in May 2014 and additional capacity of  5,525 MW was added in 2016-17.

The government has made it mandatory for the PSUs to consume 30 per cent of power generated from solar energy and risks are also liable to be associated with the increase level of associated activity, the statement added.

“This is a long-term product in which a solar park developer is protected for at least 15 years from the start date of commercial operation of solar parks. This will make the energy transition cheaper and generate more economic value. To enable this transition, we must frame the right policies, and must embrace the new era of solar power and uphold our promise to provide a cleaner environment for our future generations,” said Agarwal.

The park developers and park owner will be the sole beneficiary as insured, which the Solar Panel Warranty Insurance aims to cater at large. The policy will cover the performance degradation of PV modules, under performance warranty due to the hazards related to faulty manufacturing, material defects and material ageing.