As many as 391 Van Gurjars families residing in Amangarh area of Uttar Pradesh will get solar power packs as logistic problem does not allow them to have access to electricity by conventional means. 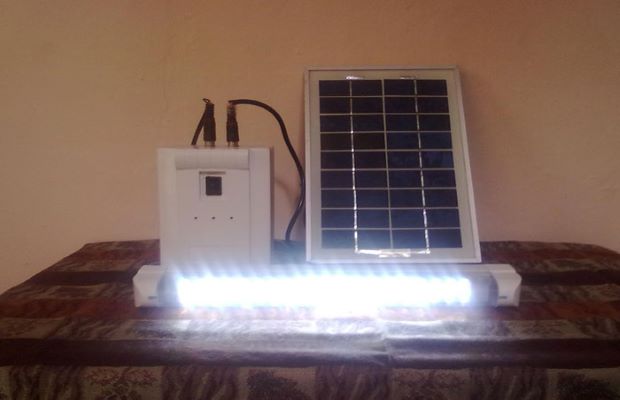 According to officials, each power pack costs Rs 47,000 and will be provided to each Van Gurjar family under PM Saubhaagya scheme. Each household will be provided a separate solar power pack equipped with a 200 watt solar panel, five LED lights, one battery, one DC ceiling fan and mobile charger.

According to New and Renewable Energy Development Agency (NEDA) officials, with this step through Saubhaagya scheme, their settlements will be well lit at night and keep wild animals at bay. They said there are 391 Van Gurjars living in Amangarh Tiger Reserve. These nomads own over 2,000 livestock and are spread over an area spanning more than 70 hectares of land. The area has doubled over the past five years.

Census data provided by the power department shows that in 1990, there were 50 families living in the reserve forest. Now their numbers have risen to 391 families.

Van Gurjars are nomads who live in makeshift huts and wander about with their livestock. For a long time, forest department has been trying to rehabilitate them but in vain. Due to restrictions imposed by forest law, they failed to gain access to many government-sponsored schemes.

One major restriction was that no power line could have been laid in the forest. Therefore, they have been using lanterns or build fires in their makeshift houses and camps.

Talking with media, SK Singh, district officer of NEDA, said “We have illuminated around 15 villages with solar power pack. Now, the facility is being extended to the Van Gurjars.”

Solar pack will not only illuminate their homes but also prevent forest fires which could be triggered by the fire nomads lit up. “The solar system is eco- friendly. If a nomad family is rehabilitated, they can take the power pack with them and install it at their new home,” said Singh.

The NEDA officer added, “The Van Gurjars will also be able to charge their mobiles with the help of solar power pack and will be able to connect with the other villagers or administration. In a time of an emergency, they can contact people concerned.”