The new Union Budget for 2021 has attracted positive responses from industries and the stock markets alike, appreciating the government’s attempt to revive the economy. Evident from our first story the power industry had also welcomed the broad direction, however, there also were some requests for specifics. In a similar tone, three solar industry majors have responded to the newly announced budget. 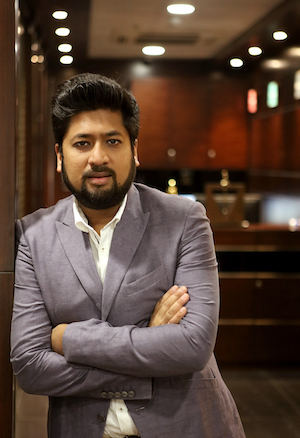 Gyanesh Chaudhary, MD of Vikram Solar, a leading domestic solar energy solutions provider company, specialising in high-efficiency PV module manufacturing and EPC solutions, also welcomed the new budget stating, “we are glad that the Union Budget for FY 21-22 focused on empowering the country to move forward in changing strategic and geopolitics landscapes with significant and accelerated reforms. We are certain that the new budget will help India to prepare itself for the ‘New World Order’, significantly enhance infrastructure development and job creation.”

Moving over to the renewable sector, Chaudhary said that the Indian renewable energy industry and especially the solar sector is appreciative of the Government of India’s initiatives to support green energy throughout the decade and especially during the pandemic.

And “although the initiatives, especially the Atmanirbhar campaign and RBI’s support in restarting the nation and the industries have added nearly 2.1 lakh crore to aid in growth, the solar industry was looking forward to a significant boost to strengthen the ecosystem for domestic solar manufacturing. It is the key enabler to lead the country towards sustainable growth.”

Further adding that “we eagerly await the detailed plan on the phased manufacturing plan for solar cells and solar panels, announced by the Finance Minister to scale-up domestic capacity. Additionally, we believe, raising duty on solar inverters from 5 percent to 20 percent and on solar lanterns from 5 percent to 15 percent to encourage domestic production will create demand and bring in revenue for further progress. The announcement of the comprehensive Hydrogen Energy mission 2022 is a welcome move to enable India’s transition to a low-carbon economy.”

However, the RE industry and especially the solar industry was hoping for more elaborate support from the union budget on implementation of the Basic Customs Duty (BCD) with exemption for SEZ based manufacturers, 5 percent Interest Subvention on the term loan and working capital, upfront Central Financial Assistance of 30 percent on CAPEX, increase export incentive from 2 to 8 percent under Remission of Duties or Taxes on Export Product (RoDTEP), super deduction for R&D expenses, more access to National clean energy fund, etc.

SK Gupta, CFO, Amp Energy India, went on to say that “Budget 21 is has a mixed bag of luck for the renewable Industry. Speeding up of Discom reforms through a package of Rs 3.05 lakh crore over the next 5 years is a welcome step to keep the financial health of Discoms in check.”

Further adding that another announcement of breaking the monopoly of power discoms and providing options to consumers should further open up the rooftop and open access segments, however clear enabling provisions should be enumerated by the government. These are positive developments focussing on the revival of discoms and also opening up the sector to competition and new technologies.

Gupta concluded by stating that “having said the above, some old pending requests for rationalisation of GST to a lower 6.30 percent composite rate and deferment of CCD’s on solar module imports have not been considered. Also, renewables and solar should be defined as a part of “Infrastructure” and new DFI for infrastructure funding should be permitted to lend to new Renewable/Solar projects also. We suggest the Govt. should review these and come out with required modification in relevant laws to help renewable/ solar IPPs.”

Guru Inder Mohan Singh, COO, Amplus Solar, said “the announcement of creating a Framework to give consumers the choice of procuring electricity from any distribution company is a welcome move. From consumer’s point of view, giving them the power to choose will ensure they are better served. There will also be improved efficiencies in the Distribution companies if they have to compete with each other to stay ahead. However, unless there is a guarantee that the policies will be stable for the next few years, private players will be hesitant to enter the business of Distribution.

The outcome and result-based financial package for the Discoms is also a good move and an improvement over the existing UDAY scheme to address the stressed Discom Health. This financial aid is only a short term measure. Reforms such as Direct benefit transfer schemes for subsidies along with financial packages is necessary as a long term strategy to help India’s energy sector. solar industry budget

However, the increase in duty on inverters could have been increased gradually so that the industry is prepared. The National Hydrogen Mission, and higher allocation to SECI and IREDA, is additionally a booster shot for the renewable energy sector,” he said.