The Union Budget 2021, for all its usual detractors, has been welcomed in more ways than one. While the stock markets seem to have welcomed the bold moves to junk fiscal limitations and go for high spending to revive the economy, the industry has welcomed it for more reasons. One couldn’t help but notice during interactions that there was palpable relief that the finance minister did not go for the imposition of fresh taxes, or even tinker a lot with existing tax laws or slabs. This continuity in an extraordinary year, when the pressure to do the ‘populist’ thing was so high, has been welcomed. Add to that the higher spending promised, including the next batch of investments in state discoms, and you have more than one reason to be happy, despite the relative cold-shouldering of the renewable energy sector. Wind energy in fact barely found any mention at all.

A key industry body NSEFI welcomed the Discom reform package and National Hydrogen Mission announced. “NSEFI Chairman Pranav R Mehta said“ National Solar Energy Federation of India welcomes the announcement of over 3 lakh crore package for DISCOM reforms over the next 5 years announced in the budget by Hon. Finance Minister Shri Nirmala Sitharaman. “This is an important step at this juncture which will help accelerate the renewable energy installations in the country over the next 10 years.” Welcoming the National Hydrogen Mission, he added that “the timing couldn’t have been better for Green Hydrogen. Today, in the global energy transition story Green Hydrogen is playing an important role and at NSEFI very soon we will be launching National Green Hydrogen Coalition as a private sector response to support government’s Hydrogen Mission”. Speaking on the increase of duties on inverters and solar lanterns Mr. Mehta said “ Time has come for Indian manufacturers to become globally competitive and satisfy not only Indian market’s demand but also global supply-demand. Today’s announcements will take us one step closer to this.”

Sumant Sinha, CMD, ReNew Power, the largest private-sector generator in the renewable energy space, had this to say

“It is a growth-oriented and forward-looking Budget. The Finance Minister’s focus on healthcare, infrastructure, power and the financial sector will have a positive, broad-based impact on the economy. By increasing capex spending significantly without hiking taxes, and instead focusing on expanding economic activity, the FM has set the groundwork for a sharp and sustained economic recovery over the next several years”.

Bikesh Ogra, Global CEO and Director, Sterling and Wilson Solar Limited, which has the broadest global footprint among Indian firms in the solar EPC sector, said that “The Union Budget 2021 looks promising for the overall growth and revival of the economy which has been impacted due to the pandemic that the entire world witnessed last year. Capital infusion of Rs 1,000 crores to Solar Energy Corporation of India and Rs 1,500 crores to Indian Renewable Energy Development Agency will give a further boost to the non-conventional energy sector.  Investing in the infrastructure sector, decreasing regulatory restraint, strengthening the regulations, executing digitization in several segments should act as mechanisms in enhancing India’s rank to improve the process of doing business. Notification on phased manufacturing plan for solar cells and solar panels will help in supporting Atmanirbhar Bharat and ramping up domestic capacity. Also, the proposed hike in the duty on solar inverters from 5% to 20% is going to boost domestic production which will further push the Government’s thrust on Atmanirbhar Bharat.

In the distribution sphere, Sanjay Banga, President Transmission & Distribution, Tata Power, said that “Tata Power welcomes the step announced today for the distribution sector reforms as most of the Discoms are reeling under huge losses, and finding it difficult to provide the uninterrupted power supply. We also welcome the scheduled discussion on the  Electricity Amendment Act 2021 during the ongoing budget session as when implemented in its true letter and spirit, the Act will provide the much-needed independence to the regulatory mechanism for effective and timely decision making. It will also pave the way for speedier implementation of the National Tariff Policy, a must for the tariff rationalisation across all segments of consumers. This is very crucial for overall industrial development for realization of Atmanirbhar Bharat. Besides the above, for the revival of the power sector the Government should use announced funds to provide transitional support to state governments who want to initiate distribution reforms by involving private sector players”

Budget 2021. Why 24X7 Power For All, Tackling Discom Losses Is key
Also Read

Expectedly, Bharat Bhut, Co-founder & Director, Goldi Solar, a leading manufacturer in West India had a view on the customs duty too, a long pending demand of domestic manufacturers. “While healthcare, infrastructure and development of human capital remained the main focus of Budget 2021, FM Sitharaman made a few significant announcements for the RE sector.

We appreciate the government’s attempt to boost the RE sector, Rs 2,500 crore has been allocated to Solar Energy Corporation and Indian Renewable Energy Development Agency.

We are happy to see that there will be an increase in duties on imported solar inverters and solar lanterns. On the flip side, it is disappointing to note that there is no mention of Basic Customs Duty on solar panels – a longstanding appeal from the industry – whose implementation is pending since the last budget. Given that the safeguard duty ends in July, it leaves the solar developers a large window of opportunity to import and stock modules from outside India, resulting in a huge blow to domestic solar manufacturers.” 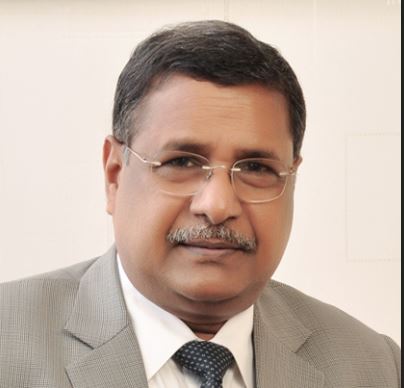 “A very heartening set of announcements by the Hon’ble Finance Minister to re-energise the country’s economy as well as building a sustainable energy sector. The proposed Rs 3 trillion distribution reform package to promote competition, consumer choice and increase penetration of automation and technology will go a long way in restoring financial viability and infusing greater efficiency in the sector. The power markets have a huge role to play here. Further, the announcement regarding creating an Independent System Operator to provide non-discriminatory open access to the national gas pipeline network will help to foster the development of the gas markets. While the fine print and details of the budget are awaited, the announcements are forward-looking & if implemented in true earnest can potentially transform the energy sector.”

Along the same lines, Prabhajit Kumar Sarkar, MD & CEO – Power Exchange India Limited (PXIL) said “The Union Budget for 2021-22 presented by the Finance Minister Nirmala Sitharaman today, has given a big push to the power sector by announcing close to Rs 3.06 lakh crore power distribution sector scheme. We welcome this move as it is expected to assist discoms for infrastructure creation tied to financial improvements, including prepaid smart metering, feeder separation and upgradation of systems. Additionally, the government’s proposed framework to give consumers more than one discom choice was a much-needed move. It will help to enhance efficiency in the power distribution sector, induce fair competition and address the monopoly business of discoms. Besides, we foresee that reforms such as Rs 1,500 crore allocation for the renewable energy sector, 100 percent railway electrification & expansion of metro rail networks and hydrogen energy mission for generating hydrogen out of green-powered sources will contribute significantly in enhancing the country’s power demand. PXIL, as a national power market infrastructure institution, welcomes the budget announcement and is ready to provide an efficient platform for an enhanced volume of trading and efficient electricity price discovery in the country.” 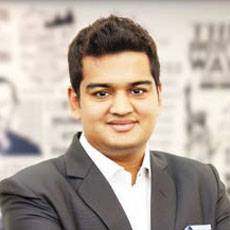 Animesh Damani, Managing Partner, Artha Energy Resources said “The FY 2021-22 budget has left the non-utility solar players to fend for themselves. Adding to the misery is the capped net metering of 10KW, which is likely to impact 70% of the rooftop solar business, the Government’s stance to raise import duties on solar inverters will further discourage potential investment in the solar development segment, and adversely affect employment. Similarly, the allocation of  Rs 2500 crore fund to SECI and REDA (cumulatively), is a play on optics and is yet again, not likely to benefit the private players. Moreover, the silence of the authorities on the GST front has now become a matter of concern, which if introduced, had the potential to generate revenue for the Government, and aide private players alike.

The only silver lining in the budget is the Government taking note of the Hydrogen Energy sector and we hope for it to have a serious outlay. This in-turn is likely to prompt Indian players in the sector to take the lead globally.”

Ratul Puri, Chairman, Hindustan Power also believed that the moves that were announced were both consumer and investor-friendly “The thrust of the Budget is on reviving the economy. It is positive and refreshing in its scope and scale. All the announcements are forward-looking and will put India back on the growth trajectory. The announcement of Rs 3.05 trillion packages for discoms is encouraging and will reform the ailing power distribution sector.”