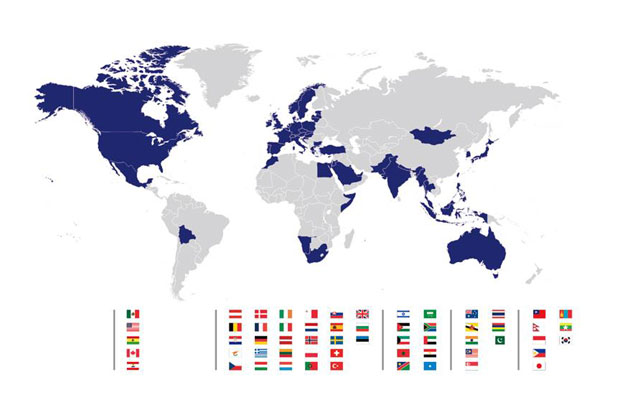 Solar Frontier has announced that total cumulative shipments of its CIS thin-film solar panels have surpassed 4GW and have increased shipment areas by 11 countries, reaching almost 60 countries around the world. Some of the 11 new countries that had approximately 1GW of modules shipped over the last year include Norway, Somalia, and Mongolia.

The company notes that this accomplishment is the result of Solar Frontier’s CIS thin-film solar panels boasting the advantages of delivering outstanding power generation capabilities and economical and environmental advantages in real-working conditions –as well as having the “Made in Japan” seal of quality that domestic and overseas customers can place their trust in.

Supporting this shipping has been Solar Frontier’s Kunitomi plant (with a nominal annual production capacity of 900MW) which started commercial production in 2011 and has been fully operational since then. It is worth noting that Kunitomi Plant of Solar Frontier also started manufacturing solar panels this month with an output of 175W as a main product.