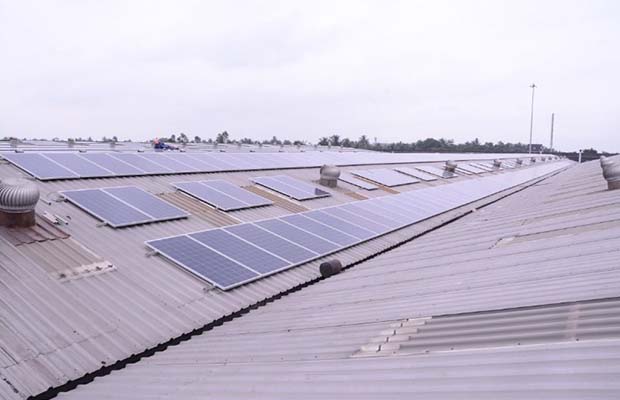 Leading plyboard and veneer manufacturer, Century Ply Board has started using rooftop solar panels in its manufacturing units across India.

The 35 crore solar installation is expected to aid the manufacturing units with 15 percent of power requirement from the solar energy.

“With an average per unit cost of around Rs 4, the company is expected to save Rs 5 crore per annum. The already commissioned rooftop solar panel at Chennai unit is expected to generate 14 lakh units of power in FY19,” the company said in a statement. The company has units at Chennai, Guwahati, Karnal (Haryana), Kandla (Gujarat), Joka (Kolkata) and Hoshiarpur in Punjab.

On a consolidated basis, the company’s gross revenue from operations for FY 2018 at Rs 2060 crore, was higher by 5% over the last year. Profit before tax and profit after tax were lower by 13% and 14% respectively, compared to the previous year.