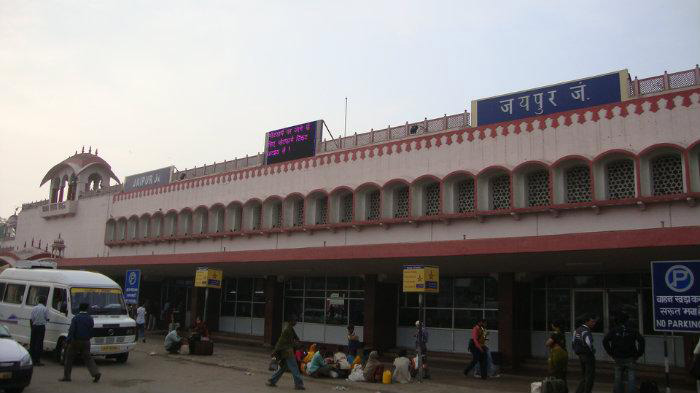 Imagining Indian railways stations operated through solar has already taken a churn, as latest report states that Jaipur railway stations to run completely on solar power. Integrated with rooftop solar panels, the railway station will produce 260 units of electricity on its inaugural day, which was 35 units more than its daily capacity.
The general manager of North Western Railways (NWR), Anil Singhal cites “The energy harnessed from the solar panels will help Jaipur railway station save Rs 7.2 lakh on power bills, annually. Our projection is to produce 50 kilowatt power in a year. In future, we would like to double the capacity of green energy at Jaipur station.”

Talking about the NWR efforts to reduce the carbon footprint by replacing diesel and electricity consumption by green energy, Singhal said, “The NWR will set up small solar plants at small stations of capacity upto 25 kwp. Even at railway crossings we have made the provision to harness solar energy,” informed Singhal.

Officials said that within two years, Jaipur division will help in reducing 500 tonnes of carbon footprint and will move a step closer towards green corridor. The lifecycle of solar panels is between 20 and 25 years.

He said that solar plants in Ajmer, Abu Road, Jaipur and Rewari are just the beginning of a larger plan to introduce solar plants across the NWR division. The windmill in Dangri village at Fatehgarh sub-division, Jaisalmer, will produce 25 megawatt electricity per year.

“At present, the power is being transferred to the Central Railway at Jabalpur,” said Tarun Jain, chief public relations officer, NWR. The green transformation is aiding Rs 77 lakh on power bills and on fuel, and in the coming years they will end up saving Rs 4.5 crore.