The Brihanmumbai Municipal Corporation (BMC) has planned to install a solar power system at Asia’s largest water treatment plant in Bhandup as part of its broader energy efficiency upgrade.

The authority has decided to set-up a state-of-art solar unit by October, which is expected to generate around 2.5MW power. 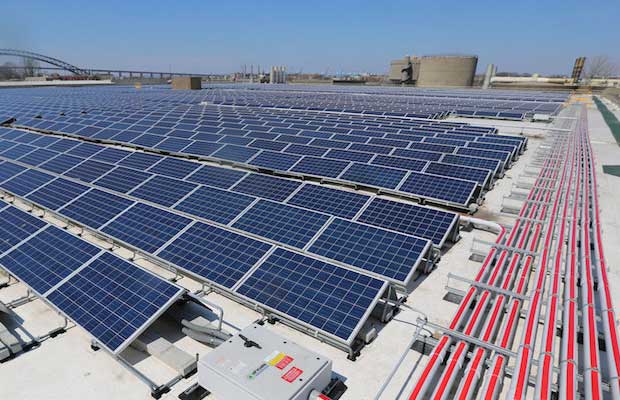 Dr Sanjay Mukherjee, Additional Municipal Commissioner stated that the BMC has recognized the importance of powering water treatment plants using clean, renewable energy. With solar energy, the authority expects to reduce the carbon footprint as well as the operational costs and exposure to volatile electricity prices.

He further added that the solar power unit will bear around 30 per cent of energy demand of the plant, which treats raw water from four dams before supplying it to more than 20 lakh households across the city.

The installation of the solar energy unit at the Bhandup treatment plant will be carried out as per the ‘off-grid’ policy passed by chief minister Devendra Fadnavis-led state cabinet, which has instructed the civic body to not only work to encourage the conservation of precious water resources, but also protect the environment by using clean, renewable energy.

The proposal to install solar energy unit on the water treatment plant was submitted in 2008, but the corporation got the consent only in 2015, with the standing committee sanctioning the necessary financial provision.

“The work is in the final phase and the plant will be up and running by October. It will ease the burden of power supply on the plant,” a senior civic officer said, while adding that the BMC is also planning to install more solar energy units in the next six months.