Solar capacity addition to reach up to 7.5 GW in FY18: ICRA 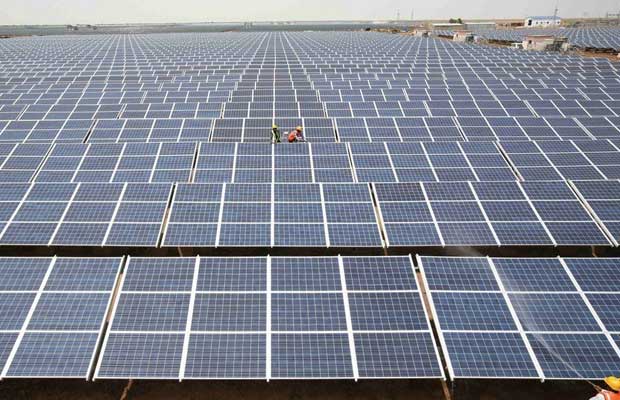 Solar capacity addition is expected to increase from 3.5-4 GW in FY17 to at least 7-7.5 GW (in grid connected utility segment) in FY18.

Given the number of projects awarded under the National Solar Mission (NSM) and the state policy route in the past 12-18 months, solar capacity addition is expected to increase up to 7.5 GW in FY18, said ICRA in a statement.

According to the ratings agency, the solar capacity addition is expected to increase from 3.5-4 GW in FY17 to at least 7-7.5 GW (in grid connected utility segment) in FY18.

“The magnitude of solar project awards, both under the NSM and the state policy route in the past 12-18 months, has been quite significant, though currently there is a temporary lull in the announcement of fresh bids,” ICRA said in a statement.

The backlog against these awards itself would support the estimated solar capacity addition, it said.

ICRA noted that with declining module price levels and adoption of bidding process, the tariff competitiveness for solar PV projects has shown an improvement in the last three years, as seen from a decline in the weighted average bid tariff of Rs 6.79 per unit in 2014 to Rs 5.01 in 2016.

Subsequently, a bid tariff of Rs. 3.3 per unit (levellised over 25 year PPA term) for award of 750 MW capacity by Rewa Ultra Mega Solar Ltd in February 2017 remains the lowest discovered tariff as of now.

“An improving tariff competitiveness of solar PV energy thus remains favourable for the distribution utilities. However, tariff viability for project developers from their credit perspective will be critically dependent upon the availability of long tenure debt (up to 18-20) at cost competitive rates,” the rating outfit said.

ICRA Sector Head and Vice-President Girishkumar Kadam said, “With declining solar PV tariffs for new projects, honouring of PPAs and timely payments by distribution utilities for projects with PPAs signed at relatively higher tariffs remains crucial for the credit quality of such projects.”

He said as far as challenges are concerned, the solar sector, apart from the exposure to discom credit quality, continues to face regulatory challenges with regard to inconsistency in RPO norms and their compliance.

“The absence of penalty measures by SERCs in case of the shortfall in RPO compliance is worrisome as a sustained improvement in the discoms’ financial position remains important in the long run.

“This, in turn, is dependent upon the benefits expected from implementation of UDAY scheme, tariff adequacy and their ability to curtail distribution loss levels in line with the targets,” Kadam said.