A new report has revealed that solar PV dominated as the main new power-generating technology source added to grids around the world in 2019. 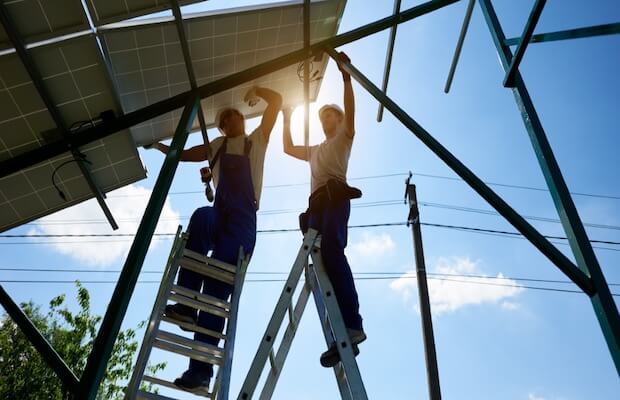 A new report has revealed that solar photovoltaics (PV) dominated as the main new power-generating technology source added to grids in dozens of countries ranging from Australia, to India, Italy, Namibia, Uruguay and the US in 2019. With a record 118 gigawatts (GW) constructed, solar PV topped all other technologies in new-build terms and was the most popular technology deployed in a third of all nations.

According to data compiled by research company BloombergNEF (BNEF), 81 countries built at least 1 megawatt (MW) of solar during the last calendar year while the power technology accounted for nearly half of all new power generation capacity constructed worldwide.

Together, there is now more wind and solar capacity online worldwide than total capacity from all technologies, clean or dirty, in the US.

“Sharp declines in solar equipment costs, namely the modules that go on rooftops and in fields, have made this technology widely available for homes, businesses and grids,” said Luiza Demôro, BNEF analyst and lead author of the study. “PV is now truly ubiquitous and a worldwide phenomenon.”

Moving ahead of capacity installations, on a generation basis – the report finds that solar’s contributions are considerably smaller due to PV’s lower capacity factors compared to fossil fuels. It has revealed that in 2019, solar accounted for 2.7 percent of electricity generated worldwide – up from 0.16 percent a decade ago.

Given the inexpensive nature of the technology and the limited penetration on a generation basis, the report expects the market to continue to grow, with 140-178 GW of new solar capacity to be built in 2022.

The report also goes on to add that from 2018 to 2019, power produced from coal dropped 3 percent as plants ran less frequently. This marked the first fall in coal generation since 2014-2015 and while the world has far more coal plants online today than a decade ago, those plants are running less often.

Tags: 2019, BNEF, International, market research, Solar, Solar 2019
"Want to be featured here or have news to share? Write to info[at]saurenergy.com