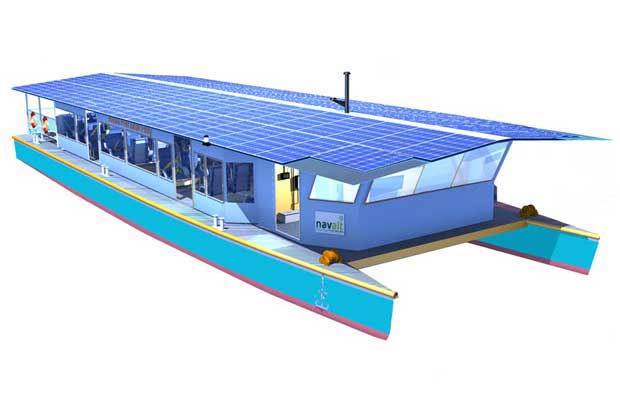 The first solar ferry was launched in Kerala and now it is looking at opportunities in other states like West Bengal, Gujarat and Goa, among others

“In FY17, we clocked revenues of only Rs 2 crore. We already have orders for 10 boats in hand and generally the cost to client is around Rs 2-3 crore. So, we are expecting nearly Rs 28 crore revenue this fiscal,” NavAlt Solar and Electric Boats Chief Executive, Sandith Thandasherry told here.

Navgathi, which is into the construction of commercial boats and ferries, decided to develop solar-powered ferries and joined hands with the two French firms for the exercise, he said.

Thandasherry said the first solar ferry was launched in Kerala and now it is looking at opportunities in other states like West Bengal, Gujarat and Goa, among others.

He further said the company is also looking to introduce this solar ferry model in Asian countries where sunshine is abundant.

“Maldives, Sri Lanka, Nepal and other South East Asian nations are our target markets. Among these, Nepal is the main target as they use the waterways for transportation very effectively,” he added.

Green Products to be Cheaper After EU Changes VAT Rules