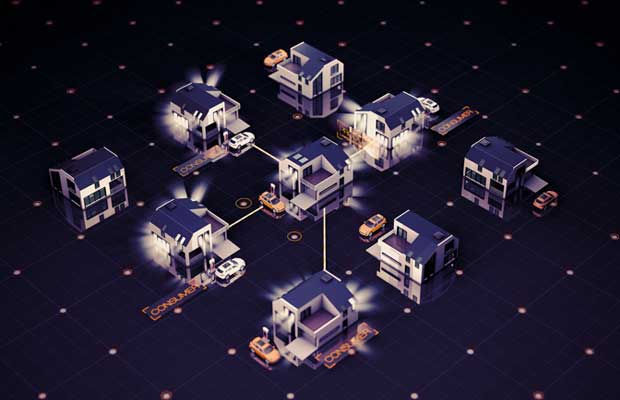 Solar Bankers is working with the Chinese blockchain technology company, ShellPay, to promote the wholesale decentralization of all infrastructures for electricity production, transmission, and exchange.

The solar energy company Solar Bankers Singapore is launching an Initial Coin Offering in November to fund the development of localized energy communities in which consumers can freely produce and trade electricity. Solar Bankers Singapore’s Arizonan affiliate, Solar Bankers LLC, is known for having developed and patented a series of innovative photovoltaic solutions, including a hologram-based film that filters and concentrates incoming sunlight to make solar panels more efficient and less expensive.

Solar Bankers is working with the Chinese blockchain technology company, ShellPay, to promote the wholesale decentralization of all infrastructures for electricity production, transmission, and exchange. The partnership plans to make energy generation and distribution greener and more efficient by supplying households with Solar Bankers’ cutting-edge PV devices and connecting them through local micro-grids. This will allow consumers to produce their own electricity and sell any excess at competitive prices to their neighbors in local marketplaces. While owners of devices will gain an additional source of income, reduced transportation costs will provide passive consumers with cheaper electricity. Transactions will be managed by smart contracts based on ShellPay’s improved blockchain platform, making large bureaucratic intermediaries obsolete. Solar Bankers’ own crypto-token, SunCoin, will act as the exchange medium within these local energy trading networks.

To fund the development of the software and smart meters for tracking and managing exchanges, the partnership is joining a growing community of tech firms using blockchain-based crowdfunding. Initial grid developments are planned to take place in China. The partnership hopes to promote local economies by helping consumers participate in energy production. This approach to electricity ecosystems may particularly benefit developing countries, where governments face major cost barriers to centralized rural electrification.