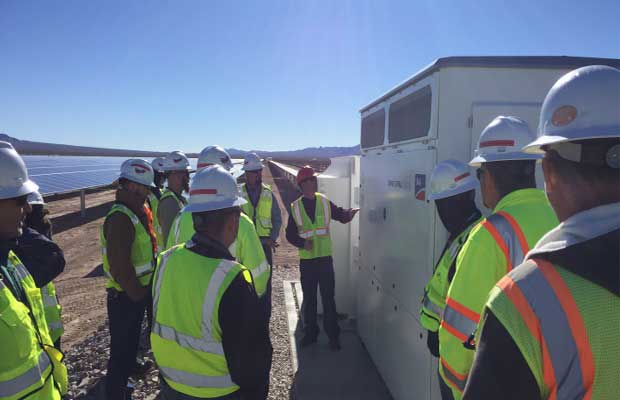 This is one of the first major solar PV projects to use SMA’s Sunny Central 2200-US inverter, which allows for more efficient power plant design and high power density. The project used 46 Sunny Central inverters.

“SMA is honored to be selected for this project and to work with Amec Foster Wheeler and Sempra Renewables on this effort,” said Boris Wolff, Executive Vice President of SMA’s Utility business unit. “The new Sunny Central 2200-US inverter is a game changer in terms of power density and feature-rich integration of advanced utility grade functionality.”

The SMA team provided an operational overview of the Sunny Central for the Sempra team at the project site, ensuring that there will be seamless operation moving forward.

“SMA inverters were the right choice for this project due to their production technology and capability, robust reliability, industry presence, and our familiarity with their organization and products from previous projects,” said Larry Myers, Director of Solar Projects for Amec Foster Wheeler.