In it’s report for the month of January 2020, the Ministry of New And Renewable Energy has seen fit to highlight the following key points for the month of January 2020. The report is a document generated for each month, and supposed to be followed  by most ministries. MNRE, we are happy to share, is one of the few ministries which does it more or less regularly, helping establish a high level of transparency in its working. 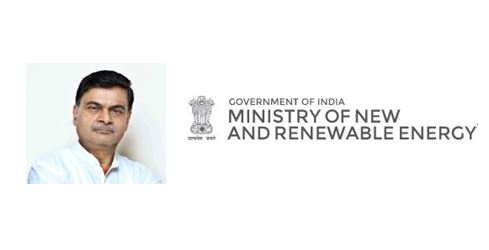 On the expenditure front, the ministry reports spending Rs 3152 crores till January,which is 84.21 percent of the revised estimate for it for the year till March, 2020.

The report also highlights projects of 35.09 GW under various stages of implementation, and a further 34.47 GW in the bidding pipeline. Specific projects bid out or where letters of allocation etc have been issued are also highlighted, which we of course do cover as a matter of course during the month for you, dear readers.

In our view, the report, while serving as an authoritative source for the last word, so to say, on India’s solar and renewable ambitions, does end up missing on some key areas of ambiguity. For instance, as we have seen in our coverage of the many rulings at regulatory authorities, at both state, central and Appellate level,  projects under ‘implementation’ is no guarantee of the projects that could come online over say, the next six months. As challenges seem to come from the most unexpected places for developers, regularly.

Similarly, projects under bidding is also a catch all term, as the gap between RFS to actual tendering and signing of PPA’s can very widely between projects.  Massive, ‘game changing’ projects like the Ladakh solar project are nowhere close to seeing real work start on the ground for instance, over a year after being first announced.

Which would also explain the wide discrepancy between the ministry’s progress reports and the reports from independent third party agencies, almost none of which seem to be betting on India reaching its 175 GW target.

Incidentally, the report also mentioned the finalisation of a 5 year vision document for the MNRE, for the period 2019-2024, so perhaps there’s a hint there on exactly when the targets might be achieved too.

In fact, the two biggest challenges in front of the MNRE, as articulated by Power and MNRE Minister Shri R.K. Singh, yesterday, are the discoms, and land availability. We agree, and that hopefully gives us a strong indicator on what to expect in future reports