This time in the first part of the auction, Hero Future Energies quoted the lowest tariff of Rs 2.47 per unit and was awarded the 300 MW it had asked for. 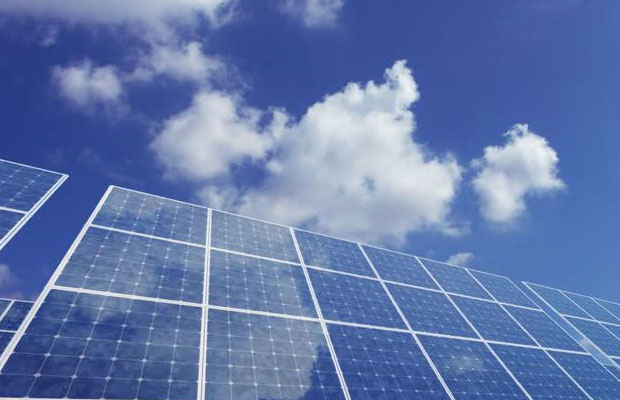 After a steep fall for over two years, solar duty rose marginally at the latest auction conducted by the Solar Energy Corporation of India (SECI). The two voice auction for 750 MW at Bhadla solar commons in Rajasthan clutch on Thursday and Friday saw the winning tariff at Rs 2.47 per social unit in the first auction of five hundred MW Bhadla solar park phase III, and Rs 2.48 per unit in the second auction of phase II, 50 MW Bhadla solar park phase IV. Bhadla gets the best solar radiation in the body politic and historically has achieved the lowest damages at solar auction.

In the last SECI auction cargo area here in May, the winning bid had been Rs 2.44 per unit, the lowest until now, made by Summit Solar. This time in the first part of the auction, Hero Future Energies quoted the lowest tariff of Rs 2.47 per unit and was awarded the 300 MW it had asked for.

The rest 200 MW project went to SB Energy — a joint venture of SoftBank, Foxconn and Bharti Airtel — which quoted Rs 2.48 per unit. The lowest price quoted in the second part of the auction was Rs 2.48 per unit by Azure Force. It sought and obtained 200 MW. The remaining 50 MW has been awarded to Renew Power at Rs 2.49 per unit.

Industry insider cited three main reasons for the slight rise in solar tariff. First, after falling for a number of years, solar module prices had begun rising in China, from where the mass of Indian developer interface their solar equipment.

Also, domestic solar manufacturers have petitioned the Director General of Anti-Dumping and Ally Duties (DGAD) to slap anti-dumping obligation on imported solar module. DGAD recently held its first hearing. Since Chinese solar dialog box are significantly cheaper than local ones, developers care that if such a duty is imposed it would increase their input costs. The third reason they cited is the arbitrary decision of the Exchange Board of Excise and Usage to start charging 7.5% duty on imported solar panels and modules.

The practice, begun at Chennai port in September, has since spread to other interface. Developers had initially resisted paying up, thereby leading to chiliad of container of solar equipment being held up at ports. Factoring in this has also led to the duty rise, industry insider told.