Silicon Ranch and PCL have begun construction on the 20 MW Odom Solar Farm, located near the city of Moultrie in Colquitt County, in Southwest Georgia. 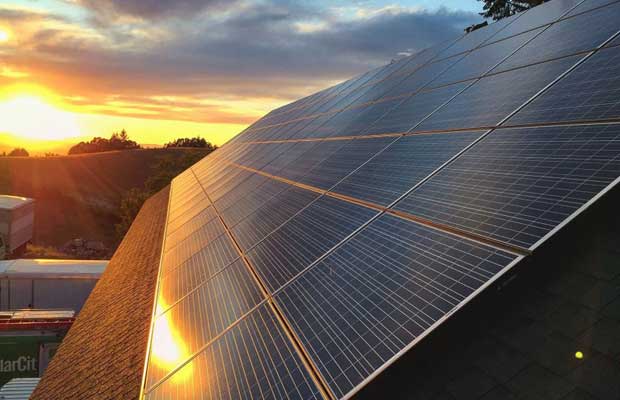 Silicon Ranch Corporation, one of the largest independent solar power producers in the US, and PCL Construction Services, one of the largest contractors in North America, have announced that they have begun construction on the 20 MW Odom Solar Farm, located near the city of Moultrie in Colquitt County, a rural community in Southwest Georgia.

Silicon Ranch selected PCL’s solar division as the Engineer-Procure-Construct (EPC) contractor for the project. One of the industry’s most well-resourced contractors providing EPC services, PCL’s contracted solar projects in the United States, Australia, and Canada total over one gigawatt.

The Odom Solar Farm is part of a portfolio of projects that will provide power to Walton Electric Membership Corporation (EMC) as part of the utility’s agreement to supply 100 percent renewable energy for Facebook’s data center in Newton County, Georgia. In total, Walton EMC and Silicon Ranch have executed six contracts totaling 435 MWAC of new renewable energy generation to support Facebook’s operations in Georgia. Silicon Ranch commissioned the first of these projects, the 102.5 MWAC Bancroft Station Solar Farm in Early County, in November 2019.

“Because our customers own us, Walton EMC’s primary focus is serving their needs,” said Walton EMC CEO Ronnie Lee. “Our partner, Silicon Ranch, has enabled us to supply Facebook with the renewable energy they desire for the Newton Data Center. Besides being good citizens and contributing to the economic wellbeing of the communities where they locate, Silicon Ranch also cares for the environment through their Regenerative Energy platform. This fits perfectly with our principle of ‘concern for community.'”

PCL is responsible for the design, procurement, construction, commissioning, and handover of the utility-scale solar facility. Silicon Ranch is funding the installation and will own and operate the array for the long-term, a disciplined approach the company takes with every project it develops.

“As the long-term owner of our projects, Silicon Ranch is committed to supporting the communities we serve, and we’re pleased to work with PCL to execute this vision in Colquitt County,” said Silicon Ranch Co-Founder and CEO Reagan Farr. “Silicon Ranch has invested significantly in the local and statewide economy over the past several years, and we are grateful to Walton EMC and Facebook for making the Odom Solar Farm and this investment possible in rural southwest Georgia.”