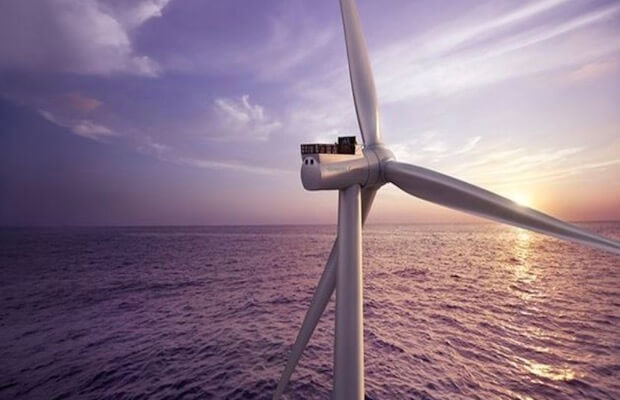 Siemens Gamesa Renewable Energy (SGRE) has received a firm order from innogy SE to supply the offshore wind turbines for the 342 MW Kaskasi offshore wind power plant in the German North Sea. A two-year service and maintenance contract is also included in the order.

In total, 38 SG 8.0-167 DD Flex turbines will be installed beginning in the third quarter of the calendar year 2022. Each turbine will be able to deliver a capacity of up to 9 MW using Siemens Gamesa Power Boost technology and feature a rotor diameter of 167 meters using the 81-meter long Siemens Gamesa B81 IntegralBlades.

“We are thankful to innogy for placing their faith in us once again as we extend our cooperation to the Kaskasi offshore wind power project. Siemens Gamesa is proud to continuously contribute to and create a clean future now, and to aid countries like Germany in reaching their climate goals,” states Andreas Nauen, CEO of the Siemens Gamesa Offshore Business Unit.

The Kaskasi offshore wind power plant will be located 35 kilometers north of the island of Helgoland in the German North Sea and will supply enough electricity to power the equivalent of more than 400,000 average German households.

“Offshore wind is an important pillar to reach Germany’s climate protection goals by supplying green electricity from a reliable source. I am delighted to announce that we have paved the way for the construction of our Kaskasi offshore wind project, which will become our third offshore wind farm off the German coast. Our investment in this project underlines our ambitions to further grow in offshore wind in Europe and around the globe,” explains Christoph Radke, COO Renewables at innogy SE.

Recently, the firm had announced that it has secured its first order in Brazil for its next-generation platform, the Siemens Gamesa 5.X. Following recent deals to supply both the 155 and the 170-meter rotor variants of the platform in Sweden, the firms’ benchmark technology arrives in Brazil thanks to an order to supply 52 of its SG 5.8-170 for the Tucano wind farm, to leading global power company AES. With a total installed capacity of 312 MW, this deal is the largest to date for the 5.X platform.