Sharp Decrease in Solar Installations in China After Policy Change

China transitioned from a feed-in tariff system to auctions for solar projects in 2019, and the market responded with a sharp decrease in solar installations 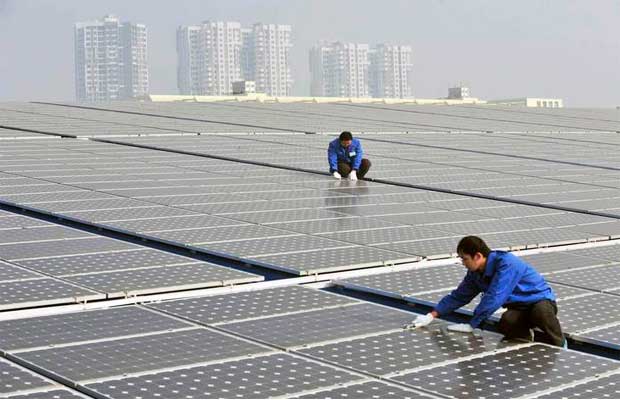 In 2019, China transitioned from a feed-in tariff system to auctions for solar projects on a national level. The market responded with a sharp decrease in solar installations after the significant policy change, Rishab Shrestha, solar market analyst at Wood Mackenzie has said.

According to China’s National Energy Administration (NEA), 15.99 gigawatts (GW) were installed in the first three quarters this year. Q3 saw just 4.6 GW of solar installation capacity, way below the quarterly peak of 18.6 GW in Q3 2017.

The analysis details that solar developers remain cautious about proceeding with their plans as equity returns are already low due to subsidies being reduced since May 2018. In 2019, the average utility-scale solar PV levelised cost of electricity (LCOE) hit USD 61.2/MWh, higher than the average utility-scale bid price of USD 56/MWh. With the deficit in the government’s renewables fund reaching billions of renminbi, subsidy payments are likely to be further delayed. As a result, capacity growth has slowed.

Among the 28 GW of subsided auctioned projects and large-scale grid parity solar projects this year, 93 percent are targeting Q4 for commission. However, some of these projects risk being delayed. WoodMac expects 23 percent of the pipeline projects to miss the deadline and face further subsidy cuts or the risk of eventually being cancelled.

The agency further revealed that it has downgraded annual installation in 2019 to 30.5 GW in its latest research, with 14.4 GW expected for the last three months of the year. A substantial pipeline in southern, central and eastern China is expected to support the new addition. If a large number of projects are delayed into 2020, there is a risk that annual installation could drop to around 20 GW.

In conclusion, the analysis said that China remains an attractive market as the government’s 14th five-year plan covering 2021 to 2025 highlights the role of subsidy-free development backed by 20-year power purchase agreements (PPA) with the utilities. WoodMac expects the market to add an average of 32.2 GW of annual solar installation to 2024.

However, the level of RPS targets along with operational details of the green certificate mechanism will very much determine the procurement volume. As the market seeks to limit solar curtailment to 5 percent, growth in secondary and tertiary provinces is likely to see more traction.