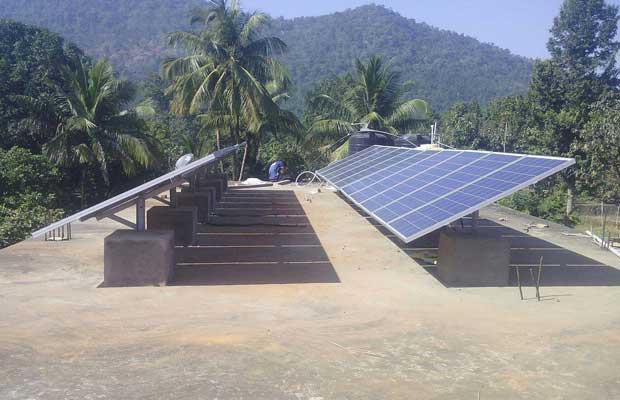 Sewa International under its Clean Tech Initiative has installed a 5kW solar power plant at tribal girls school, Jaleshpata Kanya Ashram in Kandhamaal district of Odisha. Kandhamal district came into existence on 1st January 1994, after Phulbani District was divided into Kandhamal and Boudh Districts of Odisha.

The solar project installed with an aim to providing uninterrupted power to the girl students during night time and also lighting the campus during the night for the safety of the students. According to Sewa International the solar system will produce around 20kWh of power everyday. The school was facing erratic power supply with a poor voltage level. The problem is resolved now with the installation of the 5kWp solar power plant.

Sewa on a social networking site notes that most inhabitants in the district belong to the Kandha (Khonds) tribes. Keeping the overall situation in mind Late Swami Laxmanananda Saraswati started ashram for girl students near the bank of Rahul Nadi Shiva Pith. It is the place of Jaleswar Mahadev. Swamiji established Jaleshpata Shankaracharya Kanyashrama in 1988. Currently, 240 students are residing and studying there.