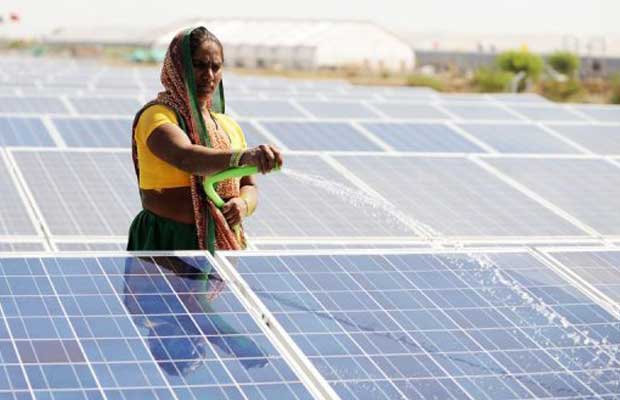 The Solar Energy Corporation of India’s (SECI)’s latest tender for solar plants in Uttar Pradesh with base tariff of Rs 4.43 per kwH has managed to tug bidders, though many in the trade believed the price too aggressive.

RattanIndia Solar Ltd has bagged 50 MW solar projects at the Allahabad solar park, while SolaireDirect bagged 75 MW at the Mirzapur Park. Both the firms have accepted the tariff of Rs 4.43 per kwH. RattanIndia Solar 2 Ltd and SolarieDirect are eligible for viability gap funding (VGF) of Rs 75 lakh per MW and Rs 74.3 lakh per MW respectively.

Solar Energy Corporation of India dropped its base priced from Rs. 5.45 per kwH to Rs. 4.43 just couple of months back. SECI floated similar priced tender in Maharashtra, however many believed that in eastern UP such price quote may not be viable.

Speaking to ET Vinay Rustagi, Managing Director of solar consultancy, Bridge to India said “in our view, it is insufficient to compensate for the lower output and poor operating environment in the state.”

It is worth mentioning that Fortum Finnsurya quoted lowest tariff of Rs. 4.34 per kwH so far 70 MW plant at an NTPC auction in January.

SECI’s latest tender for solar plants in Uttar Pradesh was originally for 440 MW. According to reports 315 MW will be retendered as grid connectivity emerges as a problem at twi solar parks at Jalaun and Kanpur

The UP tender was originally for 440 MW, remaining 315 MW will be retendered, as grid connectivity emerged as a problem at the other two solar parks in the state – at Jalaun and Kanpur – where the plants were to be located.