SECI has issued a final zone-wise list of successful bidders for its tender for the implementation of 97.5 MW grid-connected rooftop solar systems

The Solar Energy Corporation of India (SECI) has issued a final zone-wise list of successful bidders/ developers for its tender for the implementation of 97.5 MW grid-connected rooftop solar PV system scheme for government buildings in different zones of India under the CAPEX/ RESCO model. 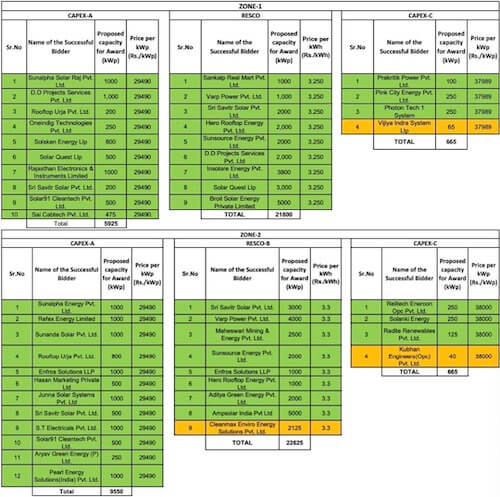 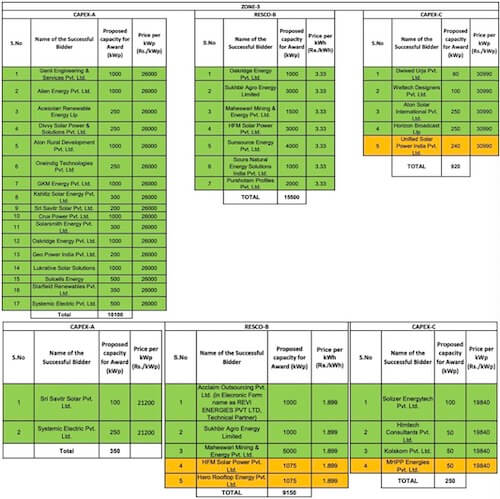 In March 2019, the agency had issued amendments to its tender, modifying a bulk of the key provisions of the tender to better suit the capabilities and demands of the prospective bidders. In this notification, the nodal agency had also for the first time extended the deadline for bid submissions to April 11, 2019. This was later followed by 5 more deadline extensions, as the nodal agency failed to garner sufficient interest in the project.

However, in August, the agency had reissued its tender for its 97.5 MW grid-connected rooftop solar PV systems scheme for government buildings.