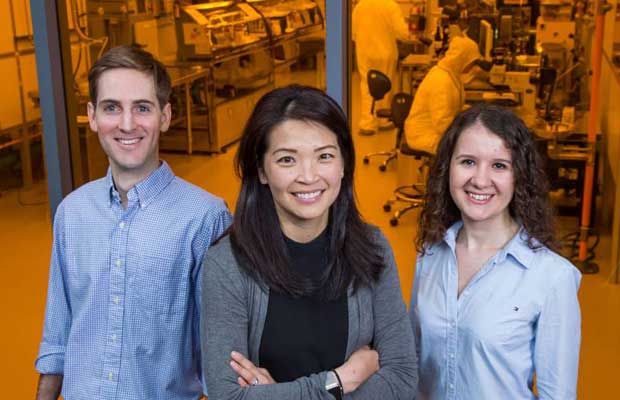 “We wanted the smart window to dynamically control the amount of natural light and heat that can come inside, saving on energy cost and making the space more comfortable,” said Loo.

Scientists have developed solar- powered smart windows with controllable glazing that can augment lighting, cooling and heating systems by varying their tint, saving up to 40 percent in an average building’s energy costs.

The system developed by researchers at Princeton University in the US features solar cells that selectively absorb near-ultraviolet (UV) light, so the windows are completely self-powered, inexpensive and easy to apply to existing windows.

“Sunlight is a mixture of electromagnetic radiation made up of near-UV rays, visible light, and infrared energy, or heat,” said Yueh-Lin Loo, from Princeton.

“We wanted the smart window to dynamically control the amount of natural light and heat that can come inside, saving on energy cost and making the space more comfortable,” said Loo.

The smart window controls the transmission of visible light and infrared heat into the building, while the new type of solar cell uses near-UV light to power the system.

“This new technology is actually smart management of the entire spectrum of sunlight,” said Loo.

Nicholas Davy, a doctoral student in the chemical and biological engineering department and the paper’s lead author, said other researchers have already developed transparent solar cells, but those target infrared energy. However, infrared energy carries heat, so using it to generate electricity can conflict with a smart window’s function of controlling the flow of heat in or out of a building. Transparent near-UV solar cells, on the other hand, don’t generate as much power as the infrared version, but don’t impede the transmission of infrared radiation, so they complement the smart window’s task. She said “The Princeton team’s aim is to create a flexible version of the solar-powered smart window system that can be applied to existing windows via lamination.”

Since near-UV light is invisible to the human eye, the researchers set out to harness it for the electrical energy needed to activate the tinting technology.

In the study published in the journal Nature Energy, the researchers described how they used organic semiconductors – contorted hexabenzocoronene (cHBC) derivatives – for constructing the solar cells.

They chose the material because its chemical structure could be modified to absorb a narrow range of wavelengths – in this case, near-UV light.

To construct the solar cell, the semiconductor molecules are deposited as thin films on glass with the same production methods used by organic light-emitting diode manufacturers.

When the solar cell is operational, sunlight excites the cHBC semiconductors to produce electricity.

At the same time, the researchers constructed a smart window consisting of electrochromic polymers, which control the tint, and can be operated solely using power produced by the solar cell.

When near-UV light from the Sun generates an electrical charge in the solar cell, the charge triggers a reaction in the electrochromic window, causing it to change from clear to dark blue.

When darkened, the window can block more than 80 per cent of light.