Schneider Electric aims to inspire all the citizens of India to reduce energy wastage by optimizing its usage in cities, so that electricity could be made available to areas that are still dark or have intermittent access to power, especially under-developed areas that are far from the grid. 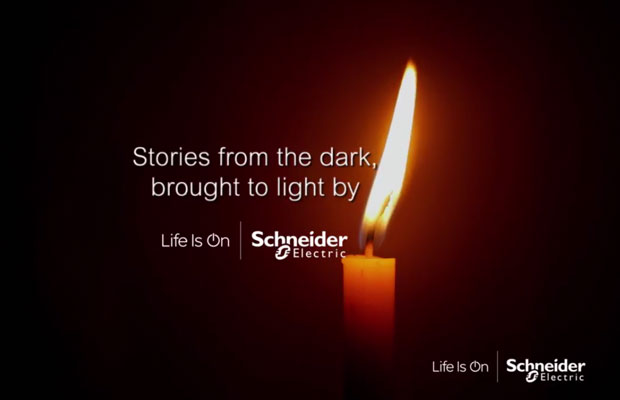 Schneider Electric has launched an awareness campaign titled ‘Be a Responsible Indian’, on the need for optimizing energy usage in our everyday lives. The campaign aims to instill a sense of responsibility by highlighting the importance of saving energy in nation building. Schneider Electric aims to inspire all the citizens of India to reduce energy wastage by optimizing its usage in cities, so that electricity could be made available to areas that are still dark or have intermittent access to power, especially under-developed areas that are far from the grid.

Talking about the campaign, Bidisha Nagaraj, Chief Marketing Officer, Schneider Electric India, said, “At Schneider Electric, we believe that access to energy is a basic human right and the present way of managing energy is unsustainable. There is an urgent need to balance this energy dilemma, and we can all make a difference by doing our bit. The most effective way to create new power sources is to consume power as efficiently as possible. While organisations are aggressively working towards sustainable energy solutions, the larger responsibility lies with the citizens who can come together to combat the challenge by containing the wastage of energy and being responsible.”

The integrated campaign will leverage both traditional and digital media to ensure not only wider reach, but also deeper penetration. Considering the cause that Schneider Electric aims to address, the campaign would be touching lives of people from all age groups. It is an interactive campaign that focuses on building a collective effort from citizens to address the issue. Launched on August 17, the six month campaign will be unveiled in three phases, with each phase expected to come up with unique solutions, and have advocates within its target audience, who can further be the torchbearer of the cause.

The phase I of the campaign will focus on educating the consumers about how they can give power back to the grid, phase II aims at inspiring and inviting consumers to make their bit of contribution towards saving energy – share each story to the masses leveraging the power of social and digital media, and final phase will be on how Schneider Electric acknowledges these contributions made by the consumers.

According to Government of India reports, India is the world’s third largest producer and fourth largest consumer of electricity. But even after all these the per capita electricity consumption is low in India despite cheaper electricity tariff. There are large swathes of land which still do not have regular electricity supply and other areas still suffer from the problems of massive load shedding. India has one of the lowest per capita electricity consumption in the world with thousands of villages yet to have access to power. Schneider Electric’s initiative is in line to support the government’s initiative to ensure 24X7 ‘power for all’