The six solar PV projects totaling 400MW involving a total investment of USD 450 million are located in the Benban solar park in Aswan in Upper Egypt.

Scatec Solar ASA (SSO) and partners have achieved financial close for six solar PV power plants in Egypt totaling 400 MW. A consortium of international Development Finance Institutions is providing a non-recourse project finance of USD 335 million, which accounts for 75% of the CAPEX. 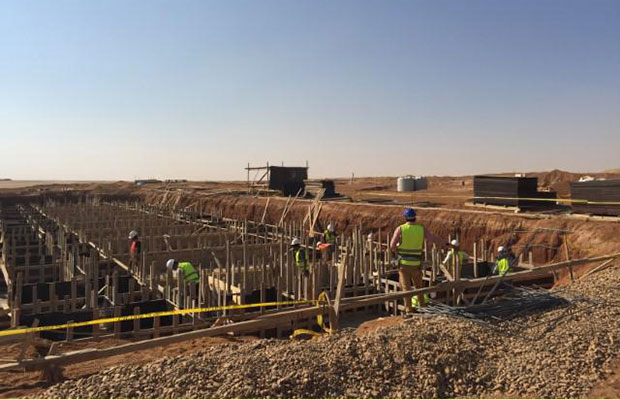 The consortium consists of EBRD, the United Nations’ Green Climate Fund (GCF), the Dutch development bank, FMO, the Islamic Development Bank (IsDB) and the Islamic Corporation for the Development of the Private Sector (ICD). This is the consortium’s first joint projects in Egypt’s renewable energy sector.

“With this programme, the government of Egypt is making important steps towards accessing clean and low-cost electricity to drive development and economic prosperity. Scatec Solar and partners are making significant investments and a long-term commitment to Egypt”, says Raymond Carlsen, CEO of Scatec Solar.

The six projects involving a total investment of USD 450 million are located in the Benban solar park in Aswan in Upper Egypt. Upon completion, Benban will be the largest solar installation in the world with a planned total capacity of 1.8 GW. ”We are delighted to support the largest solar portfolio in Egypt’s feed-in-tariff scheme and to work again with Scatec Solar”, says EBRD’s Head of Power and Energy Utilities, Harry Boyd-Carpenter.

The Green Climate Fund’s contribution of USD 48 million is the highest it has disbursed to a single recipient and the first under its April 2017 co-operation agreement with EBRD. “This is a big step forward. It shows the potential for public and private climate finance to drive the low emission energy transition in support of Egypt’s climate goals,” says Ayaan Adam, Private Sector Facility Director at GCF.

The annual 870 GWh of electricity produced from the 400 MW solar plants will avoid about 350,000 tons of CO2 emissions per year, supporting Egypt’s emission reduction targets under the Paris Climate Agreement. Egypt has committed to increase the share of renewables in the country’s power mix to 37% by 2035.

The 25% equity will be provided by the three sponsors of the projects, Scatec Solar, Norfund and Africa50, the Infrastructure Fund for Africa.

Last April, Scatec Solar and partners signed 25-year Power Purchase Agreements (PPAs) with the Egyptian Electricity Transmission Company and yesterday delivered the required condition precedents for the PPA to become effective. Construction is scheduled to commence in early 2018, upon customary governmental conditions under the renewables program being met.

Scatec Solar will be the turn-key EPC provider for the projects and provide Operation & Maintenance as well as Asset Management services to the power plants.

The 400 MW in Egypt adds to Scatec Solar’s other projects under construction; 162 MW in Brazil, 197 MW in Malaysia and 35 MW in Honduras. Over the past month USD 700 million has been secured in non-recourse project finance by Scatec Solar for these projects.

When the new power plants are in operation Scatec Solar will hold a profitable and diversified portfolio with a capacity of more than 1,100 MW. This power plant portfolio will generate stable cash flows over the next 20-25 years and beyond.

“The addition of the Egyptian solar PV projects places Scatec Solar as one of the leading integrated solar IPPs in emerging markets”, adds Raymond Carlsen, CEO of Scatec Solar.