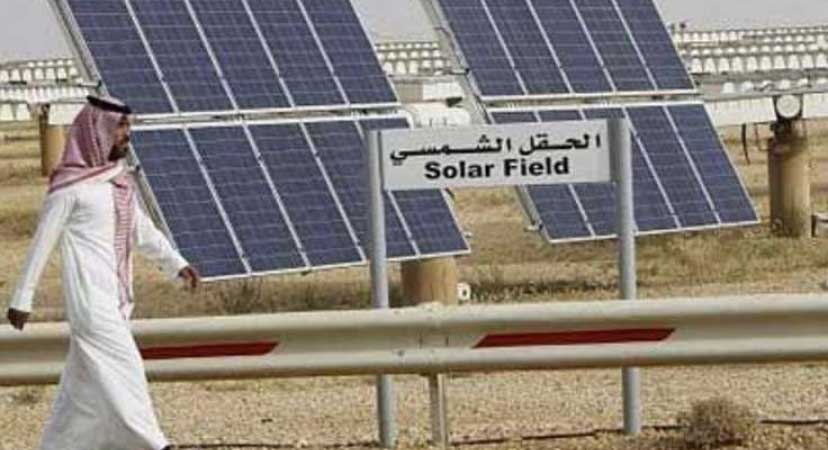 The discourse on renewable sources of energy and other issues of the environment in Saudi Arabia is moving increasingly to the fore.

The world’s biggest powers have debated the issue of climate change at length. They came together in 2015 to find possible solutions to curtail its impact. 195 countries made history in 2015 when they signed the Paris agreement, the world’s most ambitious pact to limit carbon emissions. Saudi Arabia was one of the countries to pledge allegiance to it. Despite the US reneging on the pact, most countries including some of its close allies like Saudi Arabia decided not to withdraw from it.

Over the last five years, renewable energy has gained global prominence. Last year itself, global investments in renewable energy summed up to more than US$214 billion with countries like China, the United States of America and Canada, investing heavily in wind, hydro, solar and biofuel infrastructure schemes. Saudi Arabia is not far behind in the development of this sector.

The discourse on renewable sources of energy and other issues of the environment in Saudi Arabia is moving increasingly to the fore. Saudi Arabia, primarily being a desert area and an oil rich country, needed to find a way to diversify its energy mix and use what is available to its full potential. In an announcement made in March 2014 by a government agency— The General Authority of Meteorology and Environmental Protection— all companies were made duty-bound to meet new benchmarks for air, water, and noise pollution by 2019. The energy sector has increasingly emphasized on the use of renewable energy and new technologies under Vision 2030.

The normal temperatures of Riyadh oscillate between 44 to 46 degrees Celsius which makes the city an almost perfect setting for solar power plants. This considerable solar potential will help reduce its reliance on fossil fuels which are fast depleting across the globe. As mentioned above, the move towards renewable energy has started in the country. For instance, on the campus of Riyadh’s King Abdulaziz City for Science and Technology (KAUST), a huge field of solar panels and solar photovoltaic (PV) cells has been installed to provide hot water to all campus buildings and create and distribute power to the buildings.

The world’s biggest oil producer has plans to be completely driven by renewable and low-carbon forms of energy. In its endeavor to do so, it has embarked upon a new economic journey, towards energy diversification and long term prosperity.

In the next six years, Saudi Arabia intends to produce 10 percent of its power from renewable sources of energy. This drive is likely to see the kingdom develop 30 solar and wind projects by 2023 to boost its electricity generation and reduce the burning of crude oil. It is aiming at a production of 9.5 gigawatts (GW) of renewable energy which involves an estimated investment between $30 billion and $50 billion. This brave effort could potentially replace the equivalent of 80,000 barrels of oil a day which is burnt right now for power generation in the country.

Under the purview of this goal, it recently announced a first of a kind wind energy project. The move intended to embolden the private sector’s contribution to the vital domain of green energy, Energy and Industry ministry said that Saudi Arabia is expected to let out an average of 400 megawatts (MW) of electricity produced by wind turbines.

Saudi Arabia’s Energy Ministry also invited bids for a 400-MW wind power plant, the first ever wind project to be built in northwestern Saudi Arabia. After relying on oil to fuel its economy for more than half a century, Saudi Arabia is turning to another abundant natural resource to take it beyond the oil age — desert. The kingdom is converting thousands of square kilometers of sand into new cities as it seeks to diversify away from crude, create jobs and boost investment.

Saudi Arabia has collaborated with global leaders in environmental management systems to work together to build a monitoring system that employs air and water quality sensors to constantly monitor environmental pollution. The new system has already been installed in the industrial cities of Dammam, Mecca, and Riyadh. The environmental data collected will also be used to develop environmental strategies and systems, for the development of eco-friendly industrial cities.

National Energy Services Company, Kingdom of Saudi Arabia signed an MoU with Energy Efficiency Services Limited (EESL), under the administration of Ministry of Power, India to implement energy efficiency programs and scale-up demand side measures in the Gulf country. EESL will provide consultancy and expand the capacity of the National Energy Services Company, which is instituted by the Kingdom of Saudi Arabia, to implement energy efficiency schemes.

The kingdom is all set to host a two-day Renewable Energy Summit 2017 in October 2017 which would focus on the latest renewable technologies and solutions. The display of technologies is likely to help Saudi Arabia reduce its greenhouse gas emissions and contribute to the global climate action outlined in the Paris climate agreement. Moreover, these energy targets are expected to create employment opportunities for Saudi Arabian population. A report by the International Renewable Energy Agency (IRENA) estimated that achieving these targets could create an average of 140,000 jobs in a year.

The kingdom’s move towards adoption of renewable forms of energy is positive news given that the move would make the country a much more environmentally responsible regional leader in the GCC region and would also help spread the use of clean energy. Under Vision 2030, Saudi Arabia is charting a new course to reinvent its society. Its renewable energy goals are crucial to this change, and will also reshape the kingdom’s regional and global role.