The Saudi Arabia REPDO has issued the list of all the pre-qualified bidders in round three of the Kingdom’s NREP for four solar PV projects worth 1.2 GW 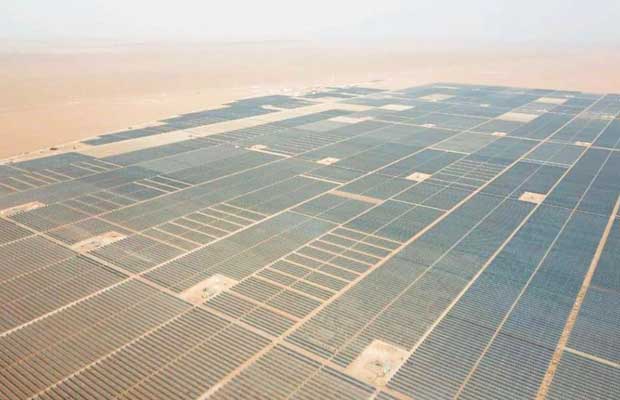 The Saudi Arabia Renewable Energy Project Development Office (REPDO) has issued the list of all the pre-qualified bidders in round three of the Kingdom’s National Renewable Energy Program (NREP) which is comprised of four Solar PV projects with a combined generation capacity of 1.2 GW. 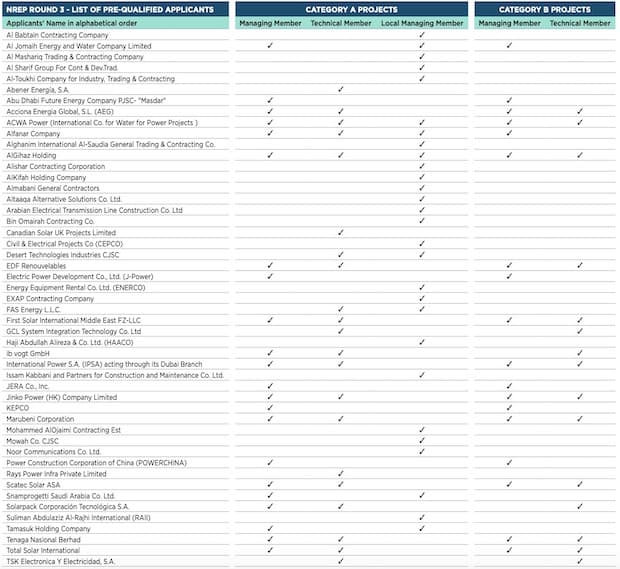 Eng. Faisal Alyemni, Head of Renewable Energy Projects Development Office had stated previously that projects within Round Three will carry a minimum requirement of 17 percent local content as calculated by the mechanisms defined by the Local Content & Government Procurement Authority, which aims to increase the value-added contribution of products and services in the national economy.

Launched in 2017, REPDO tendered the first round of renewable energy projects which included the Sakaka 300 MW solar PV project, now connected to the national electricity grid, and Dumat Al Jandal 400 MW wind project, currently under construction. On July 18, 2019, REPDO launched Round Two of the NREP which comprised of six solar PV projects amounting to 1,470 MW. The deadline for receiving proposals for Round Two projects was January 20, 2020, and February 3, 2020, for categories B and A respectively.