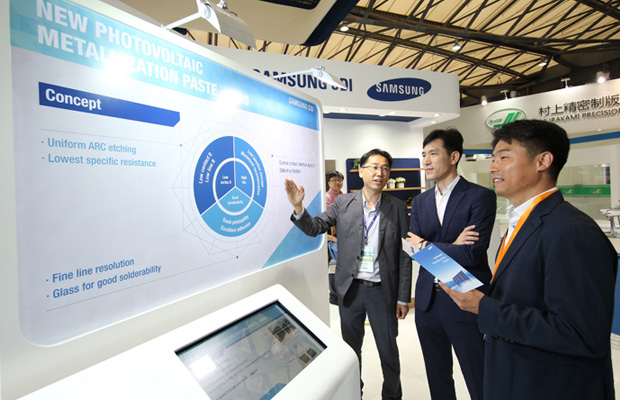 Samsung SDI has announced that it will start operating a photovoltaic paste production line in June in its Wuxi Plant located in Jiangsu Province, China.

Having established a system to respond immediately to the demands in China where more than 70% of global photovoltaic modular makers are located, it is forecasted that Samsung SDI’s marketing in China will further be accelerated. Additionally, Samsung SDI will expand its target markets to the Southeast Asian countries like Thailand, Malaysia and India.

Vice President Song Chang Lyong of Samsung SDI Electronic Materials Business Division said, “We have improved market responsiveness by starting Wuxi Plant operation and releasing new products that are applied to high-efficiency solar cells.” He added, “With this, we will advance to a true leader in the global photovoltaic market.”