With safeguard duty, this can crank up tariffs by 30 paise/unit for future projects

Nearly half of the solar power capacities under implementation worth ~Rs 28,000 crore face viability risk because of the continuous fall in the rupee, which has made imported solar modules costlier and increased the cost of setting up solar plants. 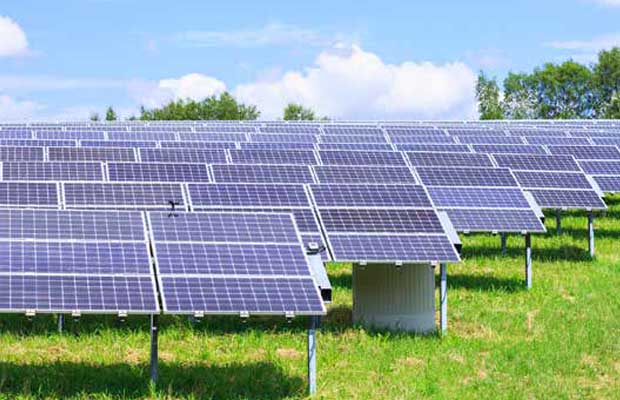 These include 5.5 GW of projects bid out in the past nine months at very low tariffs of Rs 2.75 per unit or less. These projects are in the early phase of implementation and unlikely to have bought solar modules, orders for which are typically placed 9-12 months after bids are won.

“Solar modules account for 55-60% of the project cost of a solar plant, which is typically ~Rs 5 crore per MW,” said Subodh Rai, Senior Director, CRISIL Ratings. “Today, over 90% of them are imported. Our analysis shows that for every 10% drop in the rupee, the cost of setting up a solar power plant increases by Rs 30 lakh per MW, assuming other factors remain unchanged.” Also, developers typically do not hedge the exchange rate before placing orders for modules.

What was anticipated for bidding at low tariffs and has also worked for the developers is the fall in module prices. The module prices have fallen by ~17% for these projects from 0.30 dollar per watt at the time of their bidding to around 0.25 dollar per watt at present (a benefit of nearly Rs.34 lakhs per MW). But the arithmetic did not countenance a sharp depreciation in the rupee to more than Rs 73 per dollar, which has wiped off the gains from lower module prices. That, in turn, will compress the debt servicing cushion available for these projects.

For future projects, another risk is the levy of safeguard duty on imported solar modules of 15-25% for two years, with effect from July 30, 2018. The decision to implement the duty will depend on the verdict of the Odisha High Court, which is hearing a petition by developers.

“If the rupee remains weak and safeguard duty is also levied, project costs would dart up by as much as ~20%. In such a situation, viable tariff for future projects will have to be higher by 30 paise per unit,” said Manish Gupta, Director, CRISIL Ratings. “This would impact the government’s target of setting up 100 GW solar capacity by fiscal 2022 because discoms would balk at buying renewable power at higher tariffs.”

Moreover, lenders could also turn cautious to finance projects at a tariff of less than Rs 3 per unit due to their slim debt service parameters.

However, financially strong developers may be able to manage the risk to some extent by prudently funding projects with lower external debt component and bringing efficiencies in the operation and maintenance (O&M) cost per MW because of scale and ability to negotiate with vendors.