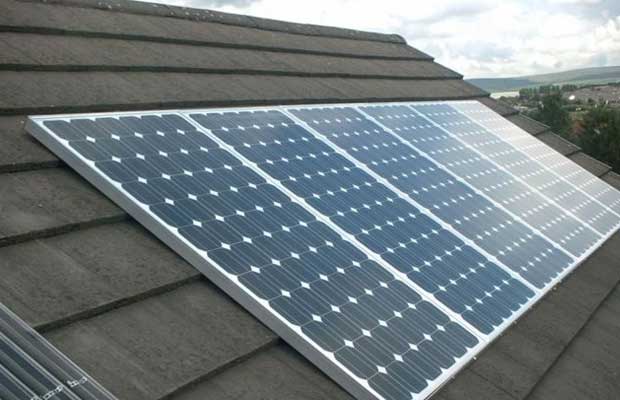 Rooftop solar units installed on industrial and corporate establishments by third parties are offering power 30-40% cheaper than the rates offered by the state’s power distribution companies. This gap is expected to widen further as thermal power companies would need to increase tariffs to accommodate inflationary measures and solar modules prices fall further.

They would run the plant and sell the power to the company at a rate which is cheaper than tariffs at which the DISCOMs sell power.

“Upfront investment for setting up solar units on rooftop is being undertaken by solar companies who are selling the power generated at a price which used to be 20% cheaper last year. This gap has now increased to as much as 40% for certain states,“ said Kuldeep Jain Managing Director, CleanMax Solar.

“Corporates end up saving at least 20-30% on their power bills as a result of this difference in tariffs. The savings would rise as the difference rises,’’ he said.

Sunil Jain, chief executive officer at Hero Future Energies said: “The gap between prices offered by utilities and power tariffs for rooftop has widened the most in states like Gujarat, Tamil Nadu, Maharashtra and Karnataka.’’

The reason, Jasmeet Khurana, Associate Director, Consulting Firm Bridge to India said, “There has been a large fall in prices on solar modules ­ the main input for solar units, in the international prices because China reduced its buying after the first half of the current financial and prices crashed. Solar module price have come down come down by at least 20% in the last 12 months.’’

According to an industry official: “Tariffs of a large number of states-owned power distribution companies have increased this year as thermal power companies witnessed increased costs on account of rise coal costs and transport costs.’’

Sabyasachi Majumdar, Senior Vice President at ICRA Ratings said, “The between solar rooftop prices and tariffs offered by state owned distribution companies to commercial and industrial segments is expected to widen due to two reasons. DISCOMs need to accommodate inflationary costs into new tariffs which, among other things, could be rise in coal costs. Solar module costs, on the other hand, is also likely to fall further as demand rises and lead to increased economies of scale“ According to a study by Bridge to India, the gap between DISCOM’s tariffs and solar prices are the largest in Maharashtra, followed by Haryana, Uttar Pradesh, Telangana, Delhi and Andhra Pradesh.

The firm has estimated that India’s rooftop solar segment crossed the symbolic 1 GW mark in September this year, growing by 135% over last year. Attractive capital subsidies and substantial demand from public sector are expected to continue to provide great demand boost to the segment over the next few years.