Being Right About How Bad Solar Leasing Was, Adds Major Value For Solar Wolf Energy 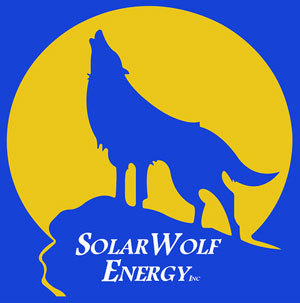 Solar Wolf Energy’s (SWE) timing of the market & calling out the bullsh&t about solar leasing was perfect. To be clear, there is a time and place where leasing out your roof still works. These times however are becoming less obvious & less advantageous. About a year and half ago SWE made statements on YouTube, their blog, & their social media that leasing was dying. Leasing companies COULD NOT maintain their way of business because they were losing too much money. Solar Wolf also vehemently shouted that these bigger companies would switch to selling solar & significantly reduce their position on leasing.

Fast forward to Q1 of 2017. The largest solar company in America “Big Green” had to be financially rescued by a battery company. The largest solar leasing companies are now doing what? Filling your Facebook and Twitter feeds with ads about purchasing solar for your home. Just like SWE said. When Solar Wolf Energy was making these claims they had so much hate mail, threatening messages, & prank calls. All the while SWE knew & continued to make their advertisements about purchasing solar & the benefits over leasing. In little time, Solar Wolf Energy has become a trusted adviser, being sought after for our views & being contacted for our industry predictions.

Well now here is another prediction: SWE’s CEO has studied the financials of these companies, it’s safe to state they will become broke at an even faster rate now. Solar Wolf Energy also commonly bids against these companies every day in people’s homes across America, from New Hampshire to Texas. There is one measure that is clear for this prediction. They are so far financially behind the “regional installers” (a term used to describe a solar company that sells / installs in one or two states) that they cannot compete on a dollar for dollar cost or sale. This is very strange when you consider two things:

1) These large companies are buying in massive bulk & some have their own manufacturing of materials; how can they not be price competitive?

2) How is it that Solar Wolf Energy’s CEO, Ted Strzelecki, can expand and become a nationwide company and still maintain a debt free liquid balance sheet, yet others borrow millions from institutions & the government?

Well, it’s obvious but SWE is certainly not going to give free lessons to the so-called experts. So, there you have it, some of these larger solar companies will crumble faster now than ever. In a few years, there will be a massive turnover. This leads to the close. Be careful who you go solar with today, because a warranty from a company that is being run by people that must borrow money to keep the doors open is a bankruptcy waiting to happen.

Europe Goes All-in on Hydrogen for the Transport Economy:...