Notable intellectuals and locals of Patna have pledge to volunteer for their roof space to generate solar energy. The initiative was carried out by Centre for Environment and Energy Development (CEED), making an attempt to urge the government to come up with a programme to convert “each house into a power house.”

CEED has been running a campaign to educate and create a demand for solar roof top programme in Patna. The campaign is running across various social platforms and through several outreach programme to reach out to the masses. 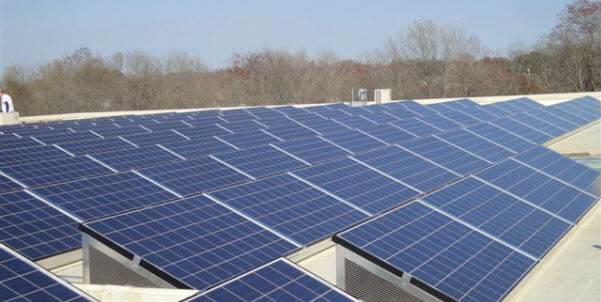 Acknowledging the CEED’s education drive on clean energy to popularize the solar roof top programme, around 30 prominent institutions from Patna have pledged 45 lakh square feet of their roof space which can potentially generate over 30 MW.

Bijendra Prasad Yadav, the State Energy Minister states that clean source of energy such as solar is absolutely critical for growing.

CEO- CEED, Ramapati Kumar has welcomed the new age solar citizens and asserted that “the roof space pledged by citizens indicates that people are willing to embrace clean source of energy, reduce their electricity bill and protect environment, provided a right kind of policy and program are put in place.”

Mr. Kumar further added that the act of pledging the rooftop space by citizens is a revolutionary step and that the government must take swift actions to meet the clean energy generation target and achieve power deficit, without having to worry about large land acquisition.

Head- Renewable Energy (CEED), Surabhi Shikha elaborated that if creating jobs were the real target, the government must focus on the renewable energy sector that shall produce a valuable amount of real job opportunities while simultaneously it serves as a practical response to transiting our economy from fossil fuels.