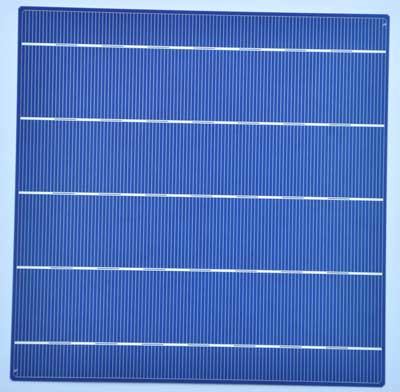 Increasing the number of Bus Bars (BBs) in a photovoltaic cell lowers the series resistance and thus increases the current. Eventually, the PV cell power increases, which improves the overall module performance. Apart from the advanced technologies such as PERC, PERT and IBC, increasing the number of Bus Bars, is an attractive technology development to produce solar panels with higher efficiency.

“We work towards ensuring that our products are high performing, commercially viable and future ready. RenewSys recognizes that quality raw materials, commitment to R&D and competitively priced products are crucial to the solar industry, affecting the performance and success of PV solar power systems. The launch of 5BB cells and modules will significantly improve the performance of solar PV systems,” says Mr. Avinash Hiranandani, Managing Director, RenewSys India Pvt. Ltd.

Mr. Avinash Hiranandani mentioned, “While we are excited to announce these developments, we hope that the government will support companies like RenewSys that have made significant investments based on the Government of India’s pro local manufacturing policy.”

RenewSys had recently completed the ramp up of its 100 MW cell line. The factory reached leading-edge industry-level cell efficiencies at full capacity at the end of April 2017. Of the new Indian market entrants which started setting up cell production in 2016, RenewSys is the first to reach full production.

The cell production line has been commissioned with the help of Solsol GmbH, a leading German consultancy and engineering company specialized in PV device and production technology.

Commending the team at Solsol for their support Mr. Hiranandani says, “Solsol is a great technology partner with a vast project experience. They helped us reach competitive productivity in the shortest possible time.”