A new survey has projected then that around 21% of the power required to run data centres would come from renewables by 2025. 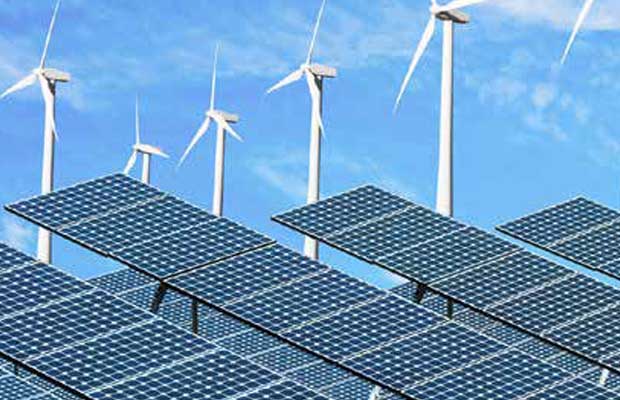 A new survey has revealed that corporates aren’t as bullish on the prospects for renewables like solar and wind power in powering data centres as they were in 2014. They had projected then that around 34% of the power required to run data centres would come from those sources by 2025. Now, the expectation is 21% – still optimistic, but mindful of the ambitious timeline.

A report by Vertiv, US-based equipment and services provider for data centres, has revealed that renewables like solar and wind energy will contribute 21% of the overall electricity demand from data centres by 2025 globally. The report did add however that hydropower will be the largest energy source.

The report titled “Data Center 2025: Closer to the Edge” is an update of the 2014 version and is based on a survey where participants projected 13% of the power to be sourced from solar, 8% from wind, and 18% from hydro. The report has insights from over 800 data center professionals.

“While solar and wind technologies continue to advance in terms of capacity and cost competitiveness, distribution and reliability challenges have limited their application in the data center. Hydropower represents a proven and reliable energy source to help meet renewable energy objectives, particularly in new builds with the ability to choose sites with easy access to hydropower. Additionally, hydropower tends to be lower cost than other energy sources,” the report said. 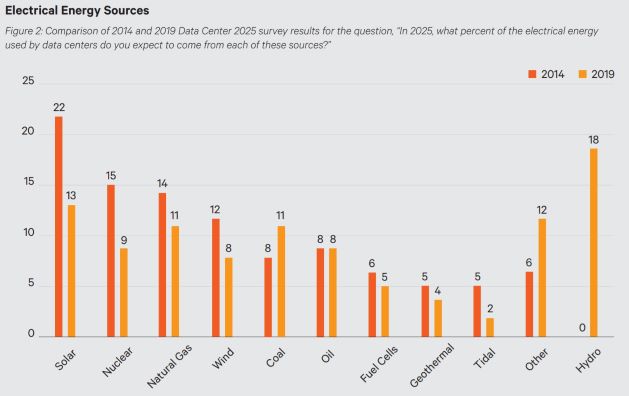 The projections for energy sources were fairly consistent across regions, with a few exceptions. Expectations for solar were higher in Latin America (17%) than in other regions. Latin America was also high on hydroelectric power, projecting 29 % of data centre power demand to be met from this source by 2025.

“Combining average responses for solar, wind and hydropower from Latin American participants create the expectation of 56% of data centre power coming from these three renewable sources in 2025. The next highest percentages for these three sources were EMEA (Europe, the Middle East and Africa) at 37% and China at 36%. APAC (Asia Pacific) had the lowest projections for the three renewables at 33 percent,” the report said.

Tony Gaunt, the senior director for colocation, cloud and financial services markets in Asia and India at Vertiv, said: “The growth in AI, machine learning and gaming is driving the demand for high-density pods within many industries. These pods typically feature 3-8 racks with densities from 30-60 kW and will place new demands on power and cooling infrastructure that was sized to support a much lower average rack density across the facility.”

According to the survey, this year’s numbers for solar and wind (13% and 8% respectively, as against 22% and 12% respectively in the earlier survey) seem more realistic, although still ambitious. It adds that even the reduced projections are unlikely to be met at the current pace though precise numbers on the use of renewable energy in data centres are hard to find.