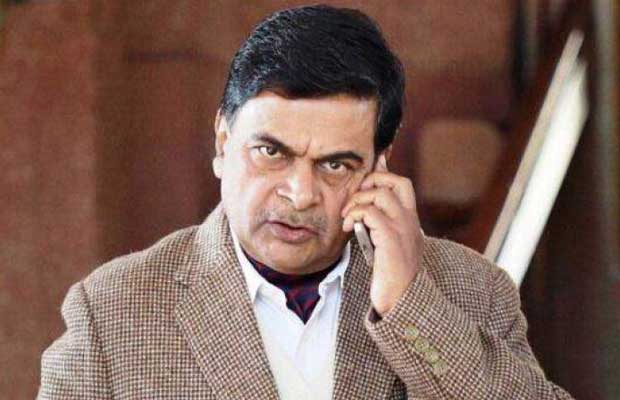 Exuding confidence that energy consumption will rise over 4 times Power Minister R K Singh has urged investors to invest in renewables saying the equipment prices will come down further. The country will require USD 100 billion investment to achieve the target of 175 GW reneweable energy by 2022, as per the government estimates.

“Our per capita consumption of energy is about one 6th of Europe and one 12th of USA. Energy consumption is not going to double or triple but it will be over four times. That is how the rate of growth of energy consumption will be in India,” Singh said while addressing a press conference on the 2nd edition of the Global Renewable Energy (RE) Investors Meet and Expo (RE-INVEST 2017).

The 2nd RE-INVEST 2017 is scheduled to be held on December 7-9, 2017 at the India Expo Centre, Greater Noida and National Capital Region of Delhi.

Stressing that 40 per cent of India’s energy requirement would be met through renewables, Singh said, “I dont see any big opportunity as big as it is there. It also makes economic sense. Solar bids yielded tariff of 3.5 or 4 cents per unit (Rs 2.44)”.

The minister said the prices of equipment would further come down with expansion of manufacturing of solar cells and modules as the world expands to use of solar energy.

He was of the view that fossil fuels will left behind not because those are bad for the world, but because it also makes sense economically to go in for solar or renewables.

He said,”This is matter of worry for those who produce coal or oil. But, this (movement to shift to renewable) cannot be stopped because it makes economic sense”.

The efficiency of solar panels has already increased to 30 per cent and price will come down due increase in usage, the minister said.

On the occasion, Renewable Energy Secretary Anand Kumar said that out of the commitments of about Rs 4 lakh crore funding from finical institution, including public and private sector banks, during RE-INVEST 2015, around Rs 1.37 lakh crore has been disbursed.

On the sidelines of the conference, he also told reporter that state-owned Indian Renewable Energy Development Agency Ltd (IREDA) will raise USD 300 million through Masala bonds this fiscal.

Kumar also said India has set an ambitious target of having 175 GW of renewable energy and has already operational clean energy capacity of 60GW.

He also said India will need an investment of around USD 100 billion to meet the target of having 175 GW renewable energy capacity by 2022.

A new website for RE-INVEST 2017 (re-invest.in) was also launched on this occasion, in presence of French Ambassador to India, Alexandre Ziegler.

France will be partner country for the event. Minister for Infrastructure and Sustainable Development, Republic of Kiribati Ruateki Tekaiara signed the Framework Agreement of International Solar Alliance (ISA) during the event. Kiribati becomes the 41st country to sign the agreement.

RE-INVEST 2017 will provide a platform for reviewing the commitments made in RE-INVEST 2015 by industry, banks, manufacturers etc. The industry and developers had committed for 293 GW of renewables and against this, 39.3 GW capacity is commissioned/under implementation.

On the sidelines of the RE- INVEST 2017, the founding ceremony of the ISA and Solar Summit has been scheduled on December 8-9, 2017.

The Prime Minister of India, President of France, and the Secretary General of United Nations are likely to grace the ISA Founding Ceremony.

“The founding ceremony will firmly establish the ISA and demonstrate our joint commitment to harness solar energy potential. All prospective member countries of the ISA have been invited to participate in these events,” said an official statement.