Niti Aayog has set for the government an ambitious goal of 100 giga watt of clean energy by 2019-20 and wants financial provision for generation and infrastructure rather than just capacity creation. 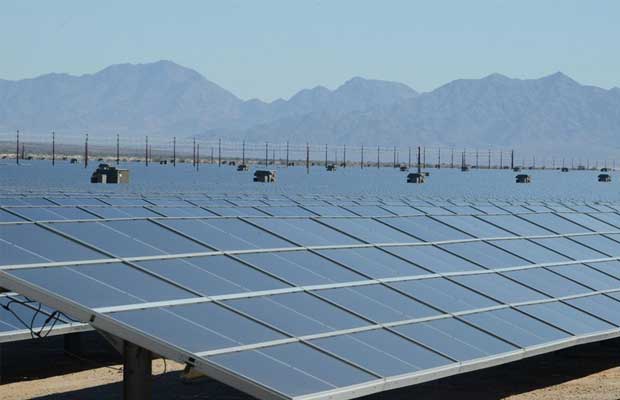 Premier think-tank Niti Aayog has set for the government an ambitious goal of 100 giga watt of clean energy by 2019-20 and wants financial provision for generation and infrastructure rather than just capacity creation.

“A renewable energy capacity of 100 GW should be achieved by 2019-20 so as to contribute to achievement of 175 GW target by 2022. The financial support for renewable sector will be aimed at promoting generation and infrastructure creation rather than mere capacity creation,” stated the 3-Year Action Agenda unveiled by the Niti Aayog earlier this week.

The Agenda stressed on the need for developing storage solutions to boost use of clean energy in the country.

It suggested that the state-owned Solar Energy Corporation of India (SECI) should develop storage solutions within next three years to help bring down prices through demand aggregation of both household and grid scale batteries.

On strengthening the renewable purchase obligations (RPO) system, it favoured creation of a robust market for renewable power by 2019-20 through effective implementation of RPOs, especially in light of uniform targets.

It also called for encouraging renewable rich states to sell power to those with a deficit.

The blueprint made a case for creating a friendly ecosystem for integration of renewable electricity by improving regulatory practices and better coordination through state-specific renewable action plans.