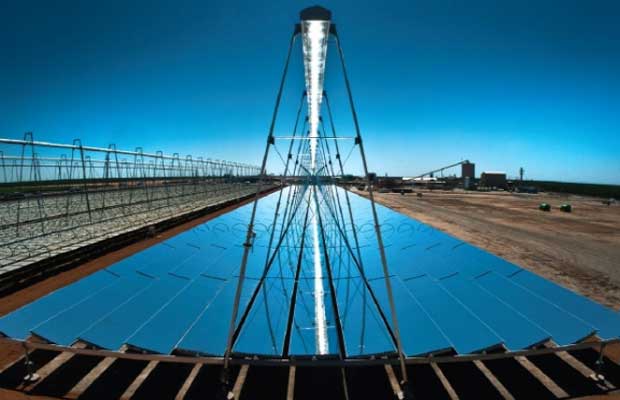 The solar plant is based on Areva’s compact linear fresnel reflector (CLFR) technology. CLFR system yields higher power cycle efficiency and deliver less pumping losses as compared to other CSP technologies. Additionally it requires lesser area to operate in comparison to other technologies for the same power output.

Reliance’s power plant has been set up in Dhudsar village in Pokhran . Power produced by the plant will be sold to Power Tra’ding Corporation said Project Director of the company Hemraj Sharma. He further added that it is the biggest plant set up with an investment of Rs 2,100 crore.