Reliance In Deal With Stiesdal To Develop And Manufacture Electrolysers

Continuing with its slew of deal making this week, Reliance New Energy Solar (RNESL), a subsidiary of Reliance Industries has announced a partnership with Danish company Stiesdal A/S to develop and manufacture hydrogen electrolysers. These are the final, critical part of the chain to produce green hydrogen, with energy for the electrolysers coming from renewable sources. The Stiesdal announcement is the fourth such deal from Reliance this week. Earlier, it had announced strategic investments in Sterling and Wilson Solar, a buyout of REC Group, an investment into lean manufacturing specialist NexWafe, and now Stiesdal.

The agreement was signed during a state visit of Danish PM Mette Frederiksen to India and announced in the presence of the Prime Minister Narendra Modi.

The eponymously named Stiesdal, was started by Henrik Stiesdal, and makes technologies to combat climate change, the firm asserts. Their previous successes have been in offshore wind energy space, besides storage and green fuels development along with carbon capture and storage. 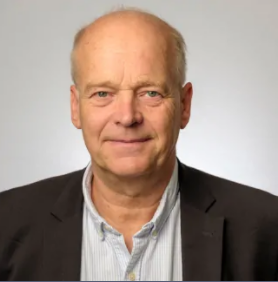 Reliance has a stated goal of making Green hydrogen at $1 per kg by 2030.

Henrik Stiesdal, CEO and Founder of Stiesdal A/S, said, “We are excited to enter into this agreement with Reliance New Energy Solar Limited, the New Energy platform of India’s largest industrial company… For us, there could be no greater impact than seeing our technology scaled up for use in the world’s largest democracy.” Henrik has been considered a wind energy pioneer, having licensed the first turbine design to Vestas in 1976, and later, at Siemens Wind Power, installing the world’s first offshore wind turbines. He is reported to hold over a 1000 patents.

While the deal envisages the two firms working together to develop electrolysers to manufacture green hydrogen, the firms will also extend cooperation to development and implementation of other path-breaking climate change technologies which include offshore wind energy, next-generation fuel cells for conversion of hydrogen to electricity for mobile and static electricity generation, long-duration energy storage and production of carbon-negative fuels.

For Reliance, the Stiesdal partnership places yet another piece in its plans to transform into the premier new, renewable energy firm from India by the turn of the decade.