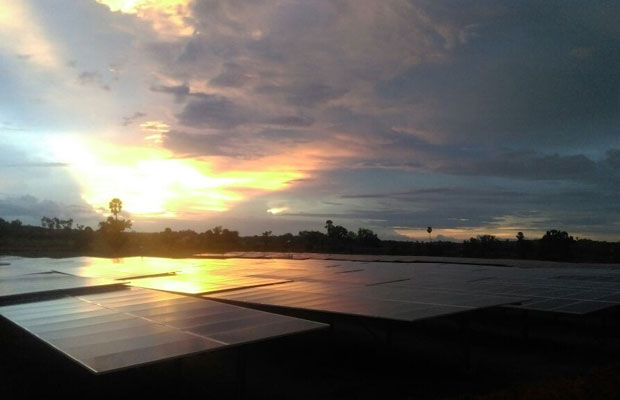 Rays Power Infra has announced the commissioning of its latest Solar PV project in the state of Telangana.

The 5.75 MW project was undertaken for the company’s prestigious client – Earth Solar. The Project execution commenced within 7 months of its inception. It was executed by Rays Power Infra on turnkey basis, right from land acquisition till commissioning. According to the company the extensive project was completed at a remote location with very tough site conditions.

The 5.75 MW project spreads across 27 acres of land in the Medak District of Telangana, and has been commissioned under Government of Telangana’s competitive bidding – 2012 process and open offer route 2013. Power generated by the solar plant will be used to electrify nearby villages by routing it to GSS.

Commenting on the milestone, Sanjay Garudapally, Director – Business Development, Rays Power Infra, said, “This project is very special for us as it was the first secondary acquisition for our group. I want to congratulate my highly skilled team of professionals, who played a vital role at every stage of this project’s execution and commissioning within the set timeline.”

With this project, the total portfolio of commissioned projects under Rays Power Infra goes up to 320 MW in India, and 76 MW in the state of Telangana.