The Army has so far distributed over 17,000 solar lights among residents of such villages in Doda district. 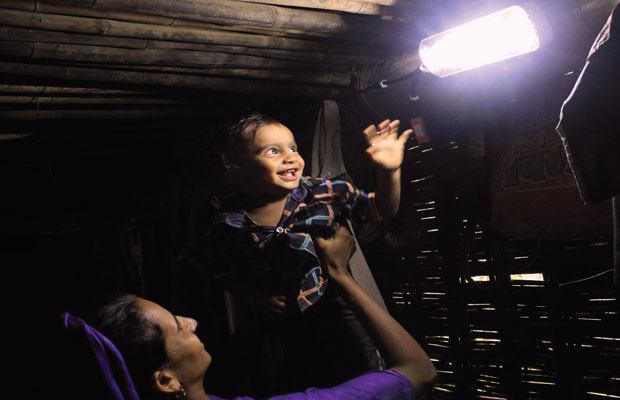 Reaching out to the poor in hilly areas of Jammu and Kashmir’s Doda district, the Army has installed solar lights at unelectrified hamlets under its project ‘Roshni’. The solar lights have been installed at Thanhala and Ganori-Kahara villages by the Bhaderwah-based Rashtriya Rifles.

“The move by the Army has helped us gain back our confidence. Our village consists of 25 families. Out of these, 15 families used to take shelter at other places due to fear of wild animals and miscreants in the night. After the installation of solar lights, 12 families have decided to stay back,” Mohd Ibrahim Magray (70), a resident of Ganori village, told.

The Army has so far distributed over 17,000 solar lights among residents of such villages in Doda district.

“The Rashtriya Rifles is planning to extend the benefit to other remote and hilly villages in the district. Each identified village will be allotted 20 to 30 solar lamps,” Army officials said.

The Army said the initiative was launched after it was felt that electricity was the most critical requirement in far-flung areas during interactions with people, including the floating population of nomadic Gujjar and Bakherwal communities. “The initial aim was to light up 5,000 homes and ‘dhoks’ (mud-houses),” the officials said.

The Centre had introduced the Pradhan Mantri Sahaj Bijli Har Ghar Yojana in September 2017, aiming at the complete electrification of villages by December 2018. The deadline was later extended to March 2019, but more than a dozen villages in Kahara, Dessa and Kastigarh tehsils of Doda district remained unelectrified.