Leading American cadmium-free quantum dot and nano-materials manufacturer Quantum Materials Corp has received an initial $500K (Rs 3.44 crore) along with confirmation that the $500K balance payment is in the process as part of the upfront license fee for the License and Development Agreement consummated with Amtronics CC. 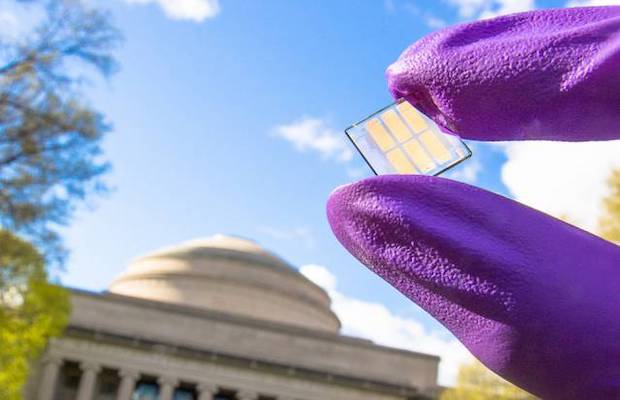 The Agreement provides Amtronics CC with the right to manufacture quantum dots and thin-film quantum dot solar cells for commercial supply in India, as well as the right to use the QDX™ trademark and technical data to support its marketing initiatives. Under the terms of the Agreement, in addition to the upfront license fee, QMC will also receive technology development funding, scheduled milestone payments and royalties on all quantum dots/solar cells produced.

Initial construction has begun with the foundation test pilings now being completed and non-destructive testing now underway. The initially proposed 12,000 square foot facility has been expanded to cover 120,000 square feet and is anticipated to be completed in the fourth calendar quarter of 2019. The QMC nanotech-focused facility is being established as the anchor project within the recently announced Electronics Manufacturing Cluster in the Guwahati Tech City.

“The delay in processing of the upfront license fee was largely an unintended consequence of expanding the project scope from the initial $20M to the now proposed $70M. With this payment now in place, we are ready to move aggressively forward on this exciting new venture with our license partners Amtronics CC and AMTRON to bring the incredible power of quantum dots and the products they can make better to the India marketplace. This initial license payment is the culmination of many hundreds of hours of work by both ourselves and our partners’ staffs to bring to life our shared vision of developing large scale quantum dot production and associated downstream products in the solar, display and lighting sectors. While this project envisions both display and solid state lighting products, the initial focus of this venture is for the establishment of a domestically produced thin film, quantum dot based solar panels.”

“The Indian government has made a priority of putting in place multi-hundred gigawatt levels of renewable energy sources by the year 2025, of which a large percentage of that power generation is slated to be provided by solar. We believe that thin-film quantum dot solar is the best candidate for filling this mandated initiative due to its low capex and opex cost when compared to traditional PV/silicon-based solar especially given the fact that India has placed a huge premium on domestically sourced goods as part of their “Make in India” program to promote domestic industries. To that end we have laid out a very comprehensive roadmap to providing this solution with a now completed solar cell design with commercially economic power yield levels along with fixed component QD chemistry and plan to commence production of solar cells via a continuous, rapid feed flexographic based printing process as soon as the manufacturing facility in Assam is up and running,”

Squires continued. “Now that we have received this initial funding the next step is providing two large scale quantum dot reactors to establish QD production at the India facility to support the solar cell print line which we expect to receive a purchase order for this equipment in the next few weeks along with an 80% upfront payment. You can expect a series of announcements regarding this venture over the next 6 to 12 months in the form of interim updates and we look forward to sharing the progress of this exciting and forward-thinking project with all shareholders as it unfolds.”

“As India represents one of the largest renewable energy and consumer electronics markets in the world, our partnership with Amtronics CC is an important step in expanding the value of the QMC franchise globally. This partnership will allow us to address global challenges such as rising energy costs, energy security, increasing power consumption and environmental quality on a more rapid basis,” Squires concluded.