Alpex Solar, one of the renowned Photovoltaic Module manufacturing company, has announced the appointment of Satish Gupta as its Chief Executive Officer. Satish will be taking over the charge of the organisation effective 7th January 2021. 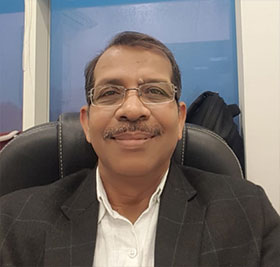 The firm currently has module manufacturing capacity of 450MW and has plans for aggressive growth in the coming years.

Ashwani Sehgal, Chairman and Managing Director, Alpex Solar said, “I am pleased to announce Satish’s appointment as our CEO. In this role, he will work towards strengthening Alpex’s presence in domestic markets and growing its global presence and will be responsible for the company’s business and financial goals. He has vast experience of working in several blue-chip companies in past such as Moserbaer Solar and Tata Power Solar. He is well suited to lead Alpex as we transform into global organization. At the same time, I wish Satish success for his new begining.”

Commenting on his appointment, Satish said, “I am very excited to be joining the Alpex Solar team, I believe Alpex has a great business model and talented management team that uniquely positions it to capitalize on the changing PV Solar Module manufacturing environment, which is getting a push with the recent developments in Indian Renewable space.It is an absolute privilege to join Alpex, and I look forward to working with Alpex team, to continue to deliver growth and take the company to the next level.”

Satish has stated that he plans to focus on people, strenthening internal business processses, driving project and operational excellence and increasing innovation, which includes adopting and integrating new technologies to bring down the cost of manufacturing and imporve efficiency.

Satish Gupta has more than 35 years of experience, including 15 years of experience in Renewable Energy space. His experience span from strategic development and plan execution in Photovoltaic manufacturing (PV cells and Modules) to Developer organisations, his last assignment was with Tata Power where he was working as Group Chief Financial Officer for Renewable business. He has in past worked with various PV solar industries such as Moserbaer Solar, Sunborne Energy besides Tata Power Solar. Besides Solar industries Satish Gupta has also worked with companies like, Hindustan Electro Graphite, Escorts Group, Yamaha Motors.He is a B.Com Hons from Delhi University and has ICWA degree to his credit as a professional degree.