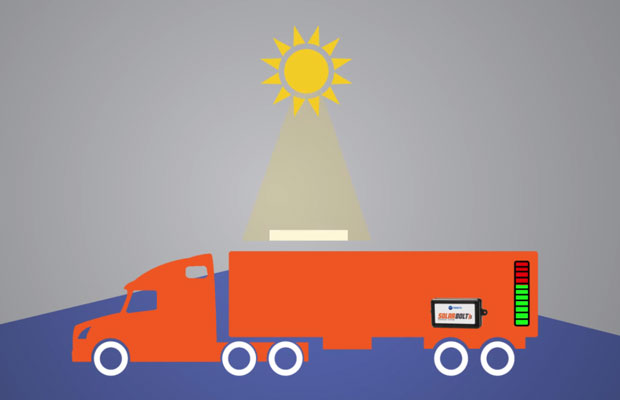 Purkeys has developed solar-charging system for heavy-duty vehicles that keeps charging when the vehicle is running. The system developed by Purkey is an additional and effective charging option for liftgate batteries

The company’s Solar Bolt charging system which can be converted from a single panel of 90 watts to a four-panel system of 360 watts uses patented technology that monitors and charges liftgate batteries, whether the vehicle is on or off.

It can save on fuel cost throughout the life of the vehicle said the company in a statement.

Solar Bolt comes with control module mounted in the battery box. This gives optimal voltage to properly charge the batteries, while combatting the voltage drop of the harness. It also helps when monitoring the batteries and preventing overcharge.

“The most important feature of the Solar Bolt is that we actually monitor the electric system,” said Larry Rambeaux, Purkeys sales and service engineer. “Unlike our competitors that shut off or go into float mode when the vehicle is started, we actually raise the voltage coming from the panel. We are trying to make sure we can get as much energy as we can out of the solar panels to reduce the electrical load on the vehicle.”